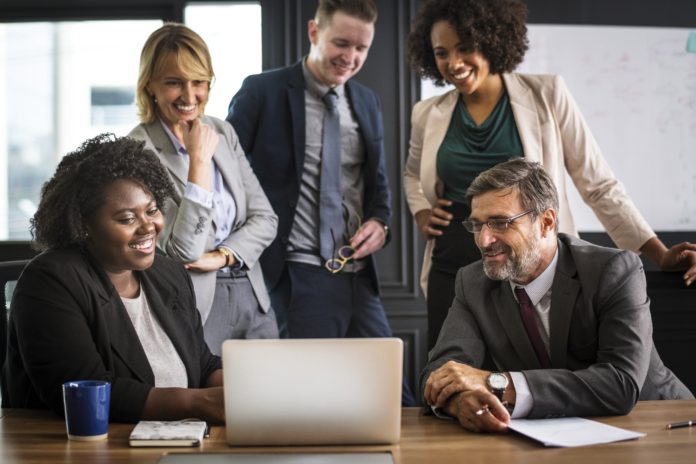 Teachers are unusual among professionals in that they spend most of their time around children and not adults. They also usually operate alone without others to give them feedback. Lesson observations allow for occasional feedback from another professional but in many schools these are infrequent and often linked to appraisal, discouraging risk-taking.

Evidence suggests that getting teachers to observe one another is an incredibly powerful way to improve teaching and learning. However, with formal observations being more focused on judgement, the average teacher gets very limited opportunities to be critiqued and improved. Moreover, unless a teacher is a head of department or senior leader they may not get many opportunities to observe lessons. Indeed, during a recent conversation with an ex-colleague, he admitted to not having observed a lesson since being a trainee, ten years prior! Even when staff are keen to observe colleagues, the timetable frequently means that it is not possible to schedule a pop in at a convenient time. Added to this is the fact that many teachers struggle with workload issues, therefore it is unsurprising that even with the best of intentions, teachers very rarely watch one another teach.

Another aspect we were keen to explore was giving staff the opportunity to self-reflect. It is often easy to get carried away in a lesson and difficult to recall the numerous decisions that are made. By encouraging teachers to film themselves and then review their own performance, we aimed to facilitate teachers’ self-development. An unexpected obstacle rose its head during our initial discussions around this idea: staff were terrified of the sound of their own voice. Though I cannot guarantee that hearing yourself talk is not cringe-inducing at the beginning, after a while it is possible to ignore it and focus on the lesson.

After being tasked with implementing some form of lesson filming technology by our headmaster, and having very limited knowledge myself, I was lucky enough to be able to call upon expertise both inside my school and from the wider educational community. In the first instance, our head of ICT researched some products and came up with a shortlist for us to evaluate. The technical expertise of the ICT academic team, together with our IT support department, was invaluable as we had to ensure that any system was both user-friendly and had reliable software to aid the sharing of videos.

Once the research on a variety of platforms had been completed we selected a clear winner and went with it. However, as we would be making a significant capital investment we wanted to make sure we made the right choice. Luckily Charlotte Hendy, who was head of teaching and learning at Dubai English Speaking College (DESC) at the time, was happy to welcome a delegation to visit and examine how our chosen devices were being used at her school. One of the DESC middle leaders had actually used our chosen device as a basis for her National Professional Qualification for Middle Leadership ( NPQML ) research task, so we were able to get a real insight into the pros and cons of using it.

To trial the system we called upon our outstanding teachers, people we knew would be comfortable with any of their lessons being used. There was no great fanfare, they were simply asked to have a go and over the course of a month, we soon accumulated a number of videos. The teachers were fantastic at feeding back and soon we had compiled a list of dos and don’ts for the device. As we were now certain we had the right device, we bought some and distributed them across the junior and senior schools. CPD was delivered on the technicalities and before long, staff were filming themselves teaching.

The leadership team were deliberately vague with the uses of the device as we were far keener for staff to ‘have a go’ as opposed to focusing too much on the outcome. Our main goal was for staff to become proficient and confident at using the system. We also believed that having an open-ended nature to how the platform was used would enable staff to explore a variety of ways to use the system.

We were amazed at the sheer ingenuity of the staff members. One member of staff began to film CPD sessions, initially for those unable to attend but later for everyone so that important sections could be reviewed later. Staff who were nervous about having another adult in the room while they were teaching opted to film their lessons instead, sending the link to the designated observer to view later. The Maths department began filming explanations for their students and sharing them to support understanding both in school and for homework tasks. The head of science, who knew she was going to be out of school one day, filmed herself explaining the cover work so all the cover teacher had to do was click the link; the students responded positively to this innovative and unexpected use of video technology. The devices are now even being used to capture visiting speakers so that we have a permanent record of the presentations.

Although the introduction of videoing lessons has been successful, there is still some way to go before this initiative is fully embedded. One area that still needs to be addressed is the fear around being able to show progress when using a camera as opposed to having an observer physically in the room. We have now offered our staff the option of videoing themselves instead of their formal lesson observations. Moving forward, the next stage is building banks of good practice, for example, a selection of clips of teachers displaying outstanding questioning or differentiation. The aim would be to utilise these videos to support a member of staff who wants to develop a certain aspect of their practice. This would be more practical than the advice that is often given at the moment which is generally to go and watch teacher X as they are good at questioning. The teacher would be able to see four or five different practitioners all applying diverse techniques to address the same learning need. Longer-term, we aim to develop a bank of explanations of key concepts for each subject that we can share with students to support their learning virtually, giving them access to their teachers even when they are not in school. Overall, despite initial fears from some staff, we have found the introduction to be fairly straightforward. My advice is that you ensure that you choose a device and platform that is easy to use.

Michael Strachan is an experienced educational leader, currently working as Deputy Head at Repton School Dubai. He writes a wide variety of materials, ranging from textbooks to opinion pieces on leadership & pedagogy. A seasoned CPD presenter and researcher, his most recent collaboration was with the University of Middlesex Dubai.