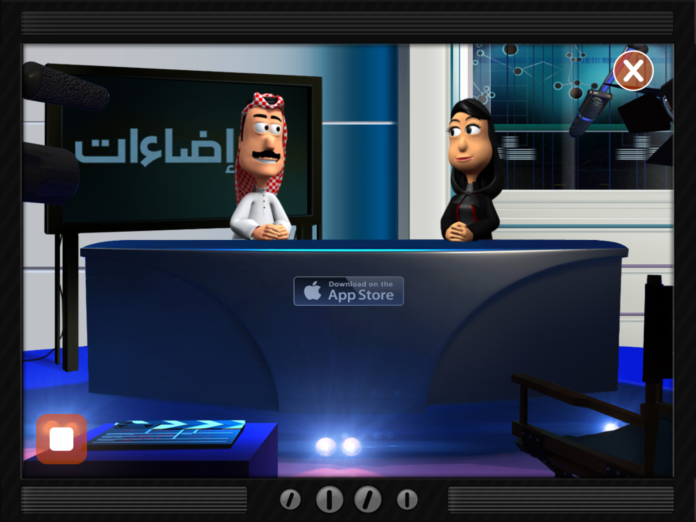 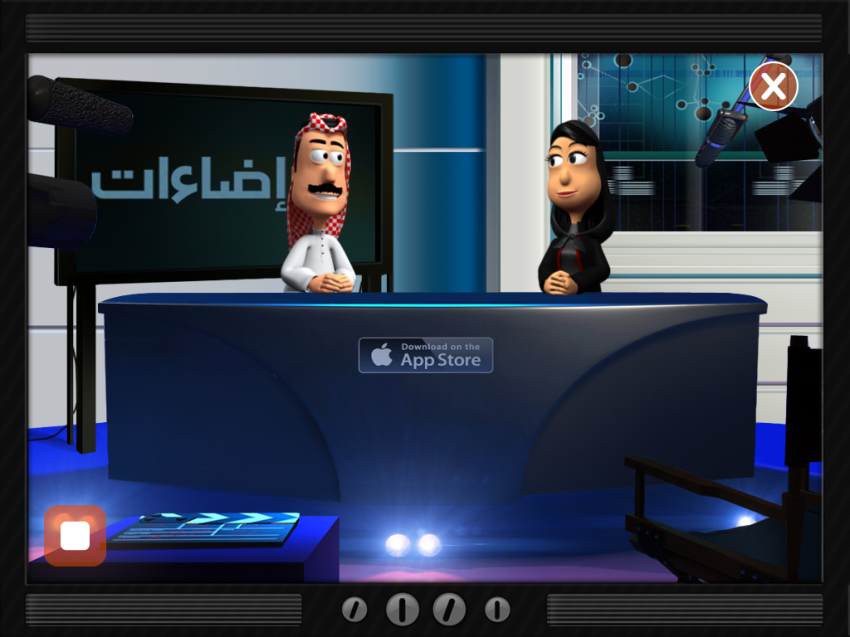 As the founder of iPad Educators, I’m often asked about apps that suit different curriculum areas. Here in The United Arab Emirates, where Arabic is a core subject, I’m always looking for apps that can support the teaching of Arabic as a second language to students. Naturally, the early focus is on speaking and listening, so that’s what we’re going to explore here.

Before we do that, though, I find that it’s always good to start with the question why?

So why bother with any of this? Why use ipads in Arabic lessons? Why try and get teachers who are accustomed to set ways of teaching to adapt and change? My colleague Sabba Quidwai, an Islamic Education specialist, shared a quote with me recently that I feel is particularly relevant to teachers accustomed to and perhaps still mired in traditional teaching methods.

“If we teach today’s students as we taught yesterday’s, we rob them of tomorrow.” – John Dewey.

There is huge potential for Arabic to become a lesson that students enjoy, engage with readily and attain well in. To realise this potential, however, Arabic teachers need support in adapting their pedagogy to suit the diverse learning styles they are confronted with here in the UAE.

The App Store contains a variety of excellent absorption apps for learning Arabic; from Something Fishy About Arabic to the wonderful range produced by Appy Kids. When it comes to creating content, I’ve found that some of the best choices are avatar apps. Just to be clear, I’m talking about the use of a digital representation of a person. Kids love using them as they are fun and engaging and they have the added bonus that the children do not have to show themselves on screen. This is great not only for those shy kids who don’t like to be on camera, but also for children who are not permitted to.

There are several options that I think work really well but I’m going to concentrate on four apps that can be harnessed particularly well in the Arabic class. I’m also going to share a little heads-up on what I think could soon become the one app to rule them all in this region.

Anyone who visits our site regularly will know that Tellagami is one of our go to apps at IPad Educators these days. You can accomplish some amazing things with Tellagami, especially if you combine it with other apps. Tellagami is one of those apps that kids love to use as it is so simple and produces a professional looking final product. I’d recommend visiting our website and reading the article I wrote on the use of careful perspective with Tellagami in order to get the most out of it.

Though Tellagami has somewhat limited character customisation, the fact that you can select any backdrop means that you can set a scene effectively. So if the current vocabulary topic is shopping, a supermarket could be used. The teacher could even record some prompt Games using a given backdrop and share them with the students via Dropbox. Thus, they could role-play as the shopkeeper and the students could film the responses. This could even form an engaging method of formative assessment!

Alternatively, students could write the Arabic words for the background and then speak the words in Arabic and English. These clips could then be sewn together in iMovie to form a multimedia Arabic dictionary.

Why Puppet Pals 1 and not the sequel? Again it comes down to the ability to add your own backdrops. Whilst the animation options are slicker in Puppet Palls 2, the simplicity and speed with which you can create animated puppet shows in the first one, makes it the better choice of the two.

The fact that, with the director’s pass, you can cut out your own characters, makes it an added bonus. This means you can include the students themselves or even find relevant images online to use as your puppets. Why not find images of the characters from popular shows and make your own episodes? The possibilities with this app are vast.

Morfo is a well-known app these days but still one that could be better harnessed in the Arabic classroom. Students can scan their faces into the app then add costumes and features to alter their appearance before recording a short narrated video. They can also import an image of a person and animate them. I’ve had kids animate Winston Churchill and recite his speeches for example. This could be easily adapted to the Arabic lesson by morphing an iconic Arabic figure for example. Another idea would be to let the students morph the teacher and then record their Arabic narration in a neat little role reversal!

Chatterpix is the best option for younger students, as all it requires is that they draw a mouth onto a photo and then give it a voice. It’s simplicity is its greatest strength and means it can be used quickly – perhaps even solely as a lesson starter or plenary. How about students speaking Arabic in the form of a cartoon character or even a camel? If a key topic is being covered then relevant images that relate to it can be sought out and used effectively e.g. a picture of a policeman when studying jobs.

So those are the four main apps I’d recommend. The App Store always has something new to play around with. In May of this year, I discovered an entertainment app called Gulf Talk and instantly saw huge potential for it in the classroom. The app is like a cross between iMovie and Puppet Pals with a Middle Eastern theme!

It takes the form of a talk show and you can record the voices of both the host and guest as well as add animations to them. This is all tied together in a film-editing style timeline along the bottom of the screen. The animated characters are superb, and so is the overall production quality.

I didn’t recommend this app along with the others as it was not originally designed to be used for education. I felt that several aspects needed tweaking before I could suggest it to educators.

I contacted the developers and they agreed. They’re currently overhauling the app in order to re-launch it later this year aimed at the educational market. I genuinely believe that when this comes out it will become a core app in the region for educators. So why not go take an early look now?

Please check out www.ipadeducators.com for exclusive interviews, feature articles and reviews of the best educational apps.

Mr Bambury is the founder of www.ipadeducators.com