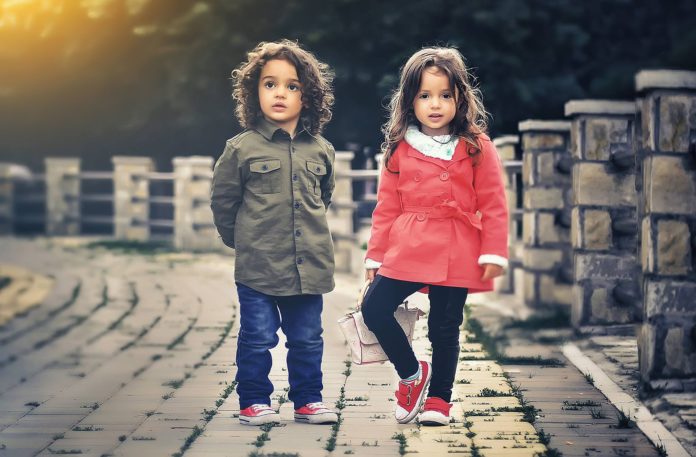 Understanding how we learn is crucial to both personal development and the development of society, but changes must be made in learning and education, to more closely match how we learn. We learn organically, so we have to move to a model of education and lifelong learning that embraces this, instead of working against it.

When we think of learning, the image that usually comes to mind is a school or university. In other words, we have a narrow view of learning as being something that takes place at formal institutions.

One of the first things to grasp, however, is that education and learning are not the same. Education describes an organized, formal and pre-established structure that is designed to distribute knowledge. Learning, on the other hand, is a natural, and essential, biological function.

In other words, education facilitates learning.

Learning happens outside of education too, making education not strictly necessary for learning to take place. Learning is what makes us human and it is essential to our existence. Like newborn babies, we are already learning, and what we learn helps to shape our personalities and determine our path in life. Learning also shapes families, communities, and societies.

This means we learn all the time, not just during periods of formal education. We learn even when we don’t know we are learning. Sleep, for example, is part of the learning process, as it helps the brain to retain the information it has acquired. In fact, both passive and active activities contribute to learning; from consciously learning a new skill to reading a book, talking to a colleague. This means learning is both structured and incidental.

In addition, it is not just about the brain, memory, and thinking. Instead, it involves our whole being, from the things we believe to the values we hold dear. Personal feelings, ambition, intuition, and our senses are other things that play a major role in individual learning.

Despite this, the focus remains on tangible learning practices, whether they are formal or informal. This includes the learning that goes on in places such as schools and colleges, but it also covers things like peer-to-peer learning.

If we were better at embracing organic learning methods, improvements would be made and greater successes achieved. This means understanding properly how our brains remember the things we have learned. When we have that understanding, we can put in place proper learning structures and processes.

One major problem is that the structures that dominate learning today, were developed for a completely different time. The type of education conducted in schools, colleges, and universities has changed over the years, but it is still rooted in a system that is more than 200 years old. It is a system that was developed under leaders such as King Frederick the Great. He ruled Prussia in the 18th century and, at the time, had modern views about education provision in society. He developed a system that was regarded by many, as being the best in Europe.

It was a system that paid little attention to how people learn, however. This is partly because there wasn’t much understanding at the time, and also because the education system he and others developed was as much about obedience and control, as education.

The objective today, is to make learning more effective and efficient, not to prop up an old and failed system. We need to create independent learners who enjoy learning, we need to stop wasting children’s time, and we need to give people the right tools so they can realize their full potential.

Sir Ken Robinson, an international authority on education, believes that methods should be changed because life is not linear – it is organic.

He said: “We have to go from what is essentially an industrial model of education, a manufacturing model, which is based on linearity and conformity and batching people. We have to move to a model that is based more on principles of agriculture. We have to recognize that human flourishing is not a mechanical process; it’s an organic process. And you cannot predict the outcome of human development. All you can do, like a farmer, is create the conditions under which they will begin to flourish.”

When Does Learning Begin?

The answer to this question has already been hinted at, and it is not a nursery school or kindergarten. Those might be where formal education begins, but learning starts much sooner than this. Learning doesn’t start when you are born either, although newborn babies do learn.

Instead, learning begins in the womb. Research has found that babies start to learn about language and sound before they are born. They also learn about food through what their mother eats, which begins the unborn child’s understanding of the culture into which they are about to be born.

The brain starts to develop during the third week of pregnancy. There are only about 125,000 cells at the beginning, but it develops at an astonishing rate – about 250,000 new cells are created every minute. Neuron connections start to form in the eighth week, and the basic structures of the brain are formed. With those, the lifelong process of learning can begin.

How Do We Learn?

The brain is built to learn – it is a learning machine. This presents one of life’s great paradoxes: the organ that gives us such an understanding of the world, science, and culture, is the organ we know least about.

What we do know is that its primary job is to learn. It does this in a range of different ways, from the sights, sounds, and feelings of a baby, through to the more formal educational processes of children, teenagers, and adults.

Memories are not fixed entities, though. In fact, saying you “recall” a memory is technically describing the process incorrectly. A better way to describe it is that, you reconstruct the memory. In other words, a memory is not a complete piece of information that you retrieve on demand. Instead, it is fluid, influenced by new experiences, feelings, and context.

Where We Go From Here

The ways we learn have to match how we learn. Day-long learning structures which maximize the amount of information delivered while minimizing breaks go against the way our brain naturally works. It is like swimming against the tide; you might make some progress initially, but you will eventually succumb to the pressure of a force that is much greater than your ability to swim.

Structured learning must work with the brain, not against it, and we have to give the brain time and space to learn. An example that explains this is a weight lifter. He cannot cram his strength training into long sessions over a short period of time. Instead, he needs to build up his strength gradually and in a way that works with his muscles.

The brain should be treated in exactly the same way, except instead of muscles we build neural networks. Education can learn a lot from medicine, as it attempts a comprehensive reform of a system that is not fit for the modern world.

‘Digital Connoisseur’ that is how I would love to be known and what I do for a living, but my passion lie in understanding the science behind ”human learning’. I have been reading, writing and speaking about learning for almost 5 years and at the same time, I am conducting a documentary survey called ‘’the essence of real learning’’, which is to create the awareness and gauge the current understanding about real learning.