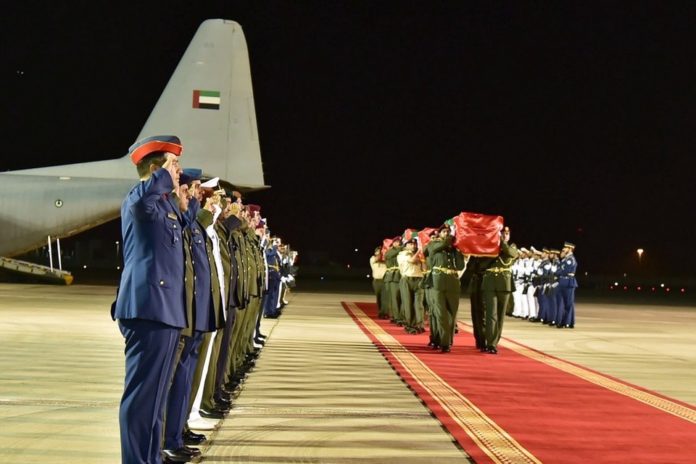 Earlier this year, in mid-August, HH Sheikh khalifa Bin Zayed Al Nahyan, President of the UAE, declared that November 30th each year will be observed as Martyrs’ May, a national holiday.

Martyrs’ Day will mark a day for the country to pay its respect to those martyred and to celebrate the honour and loyalty of its martyrs. Both Emiratis and residents will join in recognising the sacrifices that these brave men made for their country.

Citizens and residents throughout the UAE met the declaration of Martyrs’ Day with much gratitude and joy. Martyrs’ Day is symbolic as it also provides the families who have lost loved ones with a sense of pride.

Upon the news of the announcement, HH Dr Sheikh Sultan Bin Mohammed Al Qasimi, Ruler of Sharjah, ordered that a monument be constructed and inaugurated in the Emirate of Sharjah on Martyrs’ Day. The location of the monument was assigned to Maliha Road, near Sharjah Centre for Space and astronomy. Additionally, it was ordered that a road in Sharjah university City be renamed Martyrs’ Road.

Rym Ghazal, in his article, Martyrs’ Day A Fitting Tribute to UAE Heroes, states that the first hero to die for the UAE did so even before the country was formed.

According to Ghazal’s account, Salim Suhail Bin Khamis, died at the age of 20, after refusing to lower the Ras al khaimah flag from the police station that he was guarding. Salim was one of six police officers stationed on the island of Greater Tunb when it, and Lesser Tunb, were invaded by Iran before the UAE was founded on December 2nd, 1971. Salim was buried on the island he defended.

On Friday, September 4, 2015, the UAE was rocked with devastating news. The country had lost 45 of its sons after a Houthi missile hit an arms depot in the Marib province, sparking explosions, which claimed the lives of many servicemen. Since then, the number of Emirati soldiers who have died as a result of the attack has risen to 54.

Other martyred servicemen have died serving under Operation Restoring Hope, prior to the huge loss of September 4, 2015, in the months of December 2014, June, July and August 2015.

The leadership of the country has been very active in paying tributes to and supporting the families of the martyred servicemen. 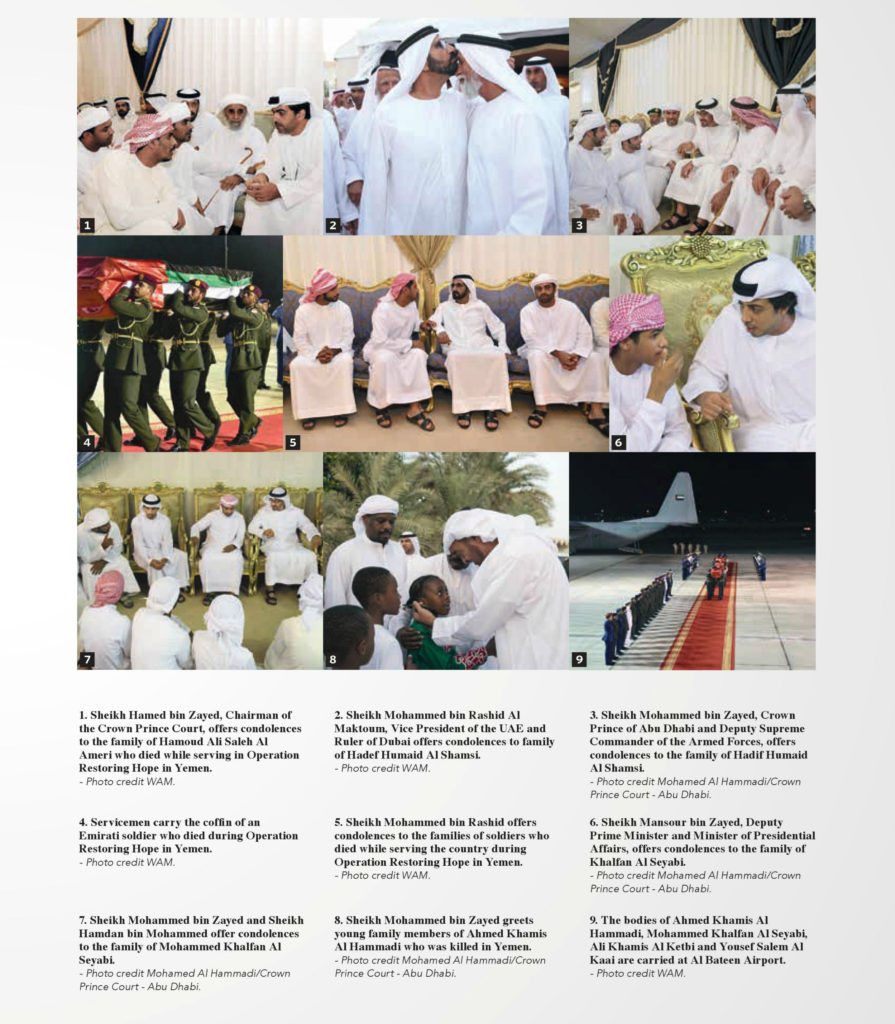