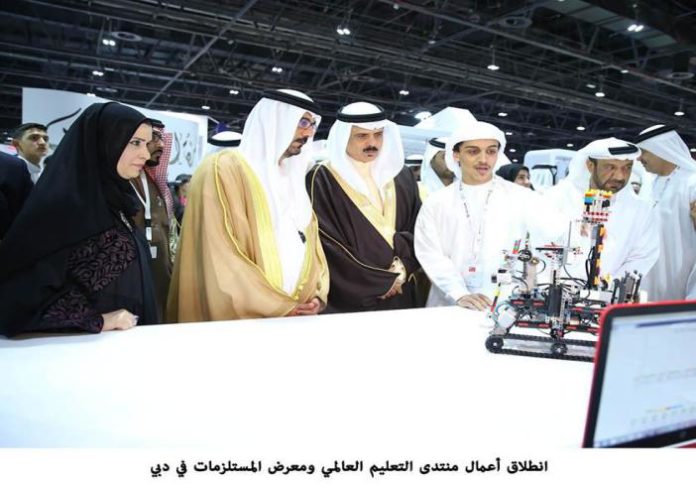 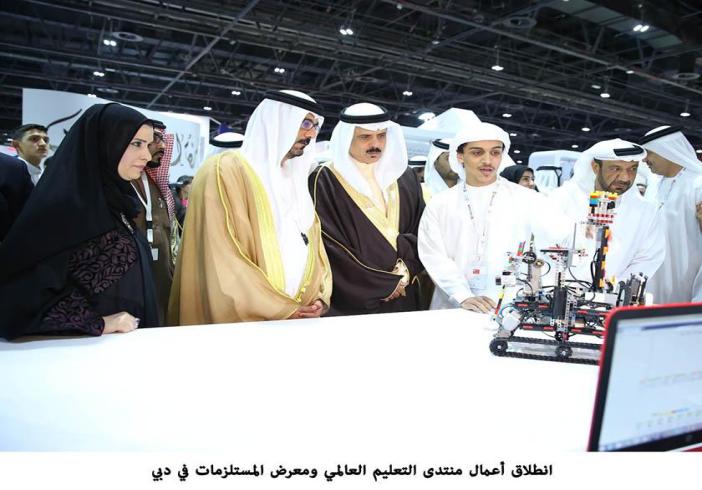 He highlighted the UAE’s impressive international achievements last year, including its improved ranking on the Global Competitiveness Index at 12th place; and becoming the 3rd leading nation worldwide for attracting technology and talent specialised in building the knowledge economy.This year’s GESS is being held under the patronage of His Highness Sheikh Mohammed bin Rashid Al Maktoum, Vice-President and Prime Minister of the UAE and Ruler of Dubai.

The UAE is now ranked first globally in 18 public performance reports, issued by the International Institute for Management Development in Switzerland. It has also achieved a standing as an advanced global centre for innovation, reaching the first place regionally.

Finally, the UAE occupies the first four positions in the global information technology report by the World Economic Forum in the indicators relating to the importance of information and communication technology as per the vision for future Government. It is also now the world’s second largest in government procurement of advanced technology.

“With these achievements as evidenced by highly respected global reports issued last year, we can affirm that the impressive progress achieved by the UAE is a product of the will and the desire of its society and people to lead the world under guidance, leadership and vision of President His Highness Sheikh Khalifa bin Zayed Al Nahyan, His Highness Sheikh Mohammed bin Rashid Al Maktoum Vice President, Prime Minister and Ruler of Dubai, His Highness Sheikh Mohammed bin Zayed Al Nahyan, Crown Prince of Abu Dhabi and Deputy Supreme Commander of the Armed Forces, and Their Highnesses Supreme Council members and Rulers of the Emirates, ,” Al Hammadi continued.

According to the education minister, everything the UAE has achieved in all aspects of life, has propelled it into the future allowing the UAE to grow through the very same spirit of innovation and ambition to be a leader among nations, as well as contribute towards advancement and discovery of new technology, scientific research, knowledge, for the benefit of human civilisation and its existence and progress.

Dr Majid Al Nuaimi, Minister of Education for Bahrain, and Ali Al Qarni Director General of the GCC Arab Education Bureau as well as key personnel from the UAE Ministry of Education, such as undersecretaries Fawzia Gharib, Khawla Al Moalla, Ali Mayhad, and Amal Al Kaws, all attended the keynote presentation at the opening day of the forum.

Matt Thompson, Project Director, F&E Group, organisers of GESS Dubai, says this year’s edition of the region’s premier exhibition show has gathered the very latest productions and solutions aimed at enabling teachers and students to be innovation champions in their respective schools. “Through more than 200 presentations and workshops by the world’s leading education and innovation experts, we hope to plant the seeds of creativity and innovation that turn classrooms into innovation hubs bursting with ideas that will accelerate the development not just of the UAE, but the entire region as well.

The World Bank’s Lead Education Economist, Harry Patrinos affirmed the important role of education in society in his presentation, “What Works in Education to Get Economies Moving and to Sustain Growth?” Patrinos said education is one of the most powerful tools for reducing poverty and inequality and for laying the foundations of economic growth. “And the importance of educating people is backed by irrefutable evidence as recent findings suggest that increasing numbers of people who had entered school leave school with improved competence and capacity.