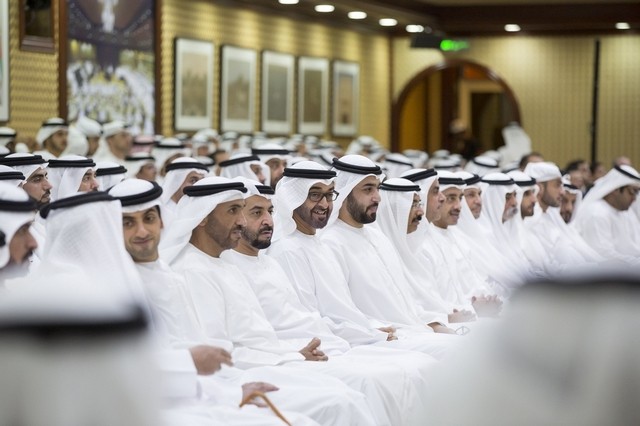 Education reform is paramount to a prosperous post-oil era, an audience at the Sheikh Mohammed bin Zayed Majlis heard on Monday night.

The sixth lecture, Strong performers and successful reformers in education – Building 21st century school systems, was delivered by Dr Andreas Schleicher, director for education and skills at the Organisation for Economic Cooperation and Development in Paris (OECD).

Abdullatif Al Shamsi, vice chancellor of the Higher Colleges of Technology and moderator, quoted Sheikh Mohammed bin Zayed when discussing the Crown Prince of Abu Dhabi and Deputy Supreme Commander of the Armed Forces’ vision of a post-oil UAE.

“In 50 years, when we might have the last barrel of oil, the question is: when it is shipped abroad, will we be sad? If we are investing today in the right sectors, I can tell you we will celebrate at that moment.”

For this to become a reality, more needs to be done today to prepare young people for tomorrow’s rapidly changing world, Dr Schleicher said. “A generation ago, teachers could expect that what they taught would last for the lifetime of their students. Today, schools need to prepare students for more rapid economic and social change than ever before – for jobs that have not yet been created, to use technologies that have not yet been invented, and to solve social problems that we don’t know yet will arise.”

The audience heard that in the race between technology and education, a pace needs to be set.

Success nowadays, Dr Schleicher said, can be measured by the level of independence people can glean from their skills.

“In the past, education was about teaching people something. Now, it’s about making sure that children develop a reliable compass and the navigation skills to find their own through an uncertain, volatile and ambiguous world.” Dr Schleicher commended improvements being made by the UAE with regards to education, saying it no longer ranks low, globally, when it comes to maths performance among schoolchildren. Diversity and international collaboration are important aspects to focus on when speaking of reform, he said.

“Now, school need to prepare students for a world in which most people will need to collaborate with people of diverse cultural origins, and appreciate different ideas, perspectives and values; a world in which people need to decide how to trust and collaborate across such differences; and a world in which their lives will be affected by issues that transcend national boundaries.”

Unsurprisingly, he said, teachers are one of the most important factors. “Top school systems pay attention to how they select and train their staff. They watch how they improve the performance of teachers who are struggling and how to structure teachers’ pay. They provide an environment in which teachers frame good practice, and provide intelligent pathways for teachers to grow in their careers.”

High-performing countries have moved from administrative control and accountability to modern forms of organisation that support teachers in making innovations in pedagogy, Dr Schleicher said. “Top performers enable teachers to be inventive.”

Dr Schleicher concluded his reform tips by highlighting the importance of coherence.

“High-performing systems tend to align policies and practices across all aspects of the system. They make them coherent over sustained periods of time, and they see that they are consistently implemented.”