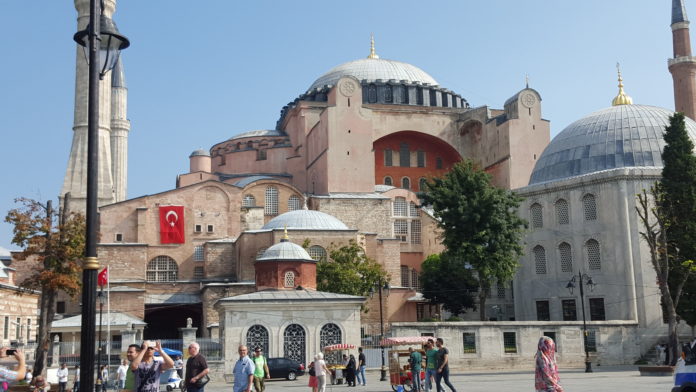 Hi! I’m Helen. I hail from New Zealand and am teaching in Abu Dhabi. Back in May this year, I unwittingly entered the Teach UAE Magazine competition to win a four day holiday for 2 in Istanbul during the Eid Al Ahda school break. I wrote a few words and pushed enter and that was it. I went about my day and completely forgot about it. I mean to say, I often enter random competitions… got to be in to win… but it doesn’t actually enter my head that I may actually win?

So, when quite a few weeks later I had an email from someone called Grace saying ‘Congratulations!’ I at first thought it was one of those spam emails I get all the time. But then, as I read the wording, something rang a bell. Yes…I did enter a competition a month or so back…could this be real? Had I actually won a HOLIDAY IN ISTANBUL? I got on the phone and called Grace to find that yes… it was for real. The first thing I had to do was think of someone to accompany me and get our details back to Grace asap. I had a colleague at work who had offered to put me up over the Summer break and show me around the South of England, so I asked if she wanted to accompany me and of course she said ‘yes’. We were off to Istanbul!

The only fly in the ointment was we couldn’t be sure of the exact dates of the Eid break and just had to hope we would be off school for the 4 days. As it turned out we had to shorten our trip by two days. However, two nights in Istanbul instead of 4 was still an amazing prize.

So, we were off. We were driven to Dubai Airport from our apartments in downtown Abu Dhabi. There we boarded our Flydubai flight and winged our way to Istanbul. We arrived to find our hotel transfer waiting. Soon, we were off through the night over the Bosphorus Bridge to the Blue Mamari Hotel. Our first impression of the hotel was that it was quite opulent. The night-staff were very friendly and helpful. Sadly due to it being the Eid holiday, some of the places we wanted to go were not going to be open. However, there was still lots to do and we were looking forward to our 2 days here. First things first…we were hungry. It was 11.30pm but the city streets around us were wide awake. The place was buzzing, shops were all open and eateries were still in full swing. We found a little place opposite our hotel that had the best breads and dips. This place was definitely one to go back to.

We had booked a tour with the hotel, so we had to rise very early. We were downstairs waiting for our tour at 7.30 only to hear that due to Eid the tour had been cancelled. Not to be deterred, we decided to head off on our own and explore. We walked from the hotel towards the Sultan Ahmed area, checking out the early opening shops. Many places were still closed at that hour, but we still managed to find many little shops with Aladdin caves full of treasures. By the time we got to Sultan Ahmed, I had already purchased a pair of Turkish shoes and a set off 5 beautiful Turkish mosaic lamps, (the latter which I was to pick up on my way back to the hotel later in the day). Once at Sultan Ahmed, we bought tickets for the Big Bus and off we went on this hop-on hop-off service. Our first stop was at the cable car, which took us up Pierre Loti Hill, where we had an amazing view of Istanbul’s Golden Horn and city.

There we had lunch and wandered around the markets. We came across a photographer so decided to get this picture taken of us in old Constantinopalian attire. (Just for a laugh!)

Then we were back in the cable car heading down the hill and then back onto the hop-on hop-off bus. By this stage, we were flagging a little, (due to not much sleep and too much excitement, lol) so, we decided to head back towards our hotel. We got off the bus again at Sultan Ahmed and wandered down the cable car route towards our hotel. By then all the shops were open and the place was absolutely humming. There is such a great atmosphere there. I could have wandered those streets all day. The Turkish men are so charming and their endeavours to get you to open your wallet are filled with good humoured flattery and banter. Love it! Mostly, they were unsuccessful, however I did find myself back at the hotel with more bits and pieces, including my beautiful mosaic lamps and a lovely black and orange Michael Kors bag which only cost me about 60 dirhams. Bargain! We had a little liquid refreshment, rest and relaxation back at the hotel and were ready to head out to our favourite food place across the road. After eating our meal, we wandered in search of Baklava, (the restaurant had run out) and I managed to get us lost in the rabbit warren of streets near to our hotel. I must admit to being a little blind at night. However, not so much Fiona. Luckily, she found our way back to the hotel. I think if it was up to me at that stage, I would still be wandering around there. Off to bed and a bit of a sleep-in in the morning.

Hello, I’m Fiona, the lucky colleague of Helen’s who accompanied her to Istanbul. It was my first time in Istanbul and I had received great reports about its historical importance, impressive architecture, delicious food and fantastic shopping opportunities. I was not to be disappointed. Istanbul is a bustling port city where Asia and Europe meet across the beautiful Bosphorous strait. There is Roman, Byzantine, Ottoman, Persian and European influences everywhere creating a very Cosmopolitan feel to the place. On our second day, we decided to hop back on the Big Bus tour and complete the second route taking us port-side along past the Museum of Modern Art, the Dolmabahce Palace to Taksim Square, a popular hub for public events, shopping and restaurants. After buying the obligatory Turkish Delight and Baklava, we begun our challenge of travelling in as many forms of transport as possible. In one day, we travelled by bus, taxi, funicular railway, tram and minibus! It was exciting using the public tram system and a great way to sit back, relax and see the sights. The highlight for me was Sultan Ahmed Square, seeing the incredible Hajia Sophia and the world famous Blue Mosque and walking the shop-lined streets in search of bargains. What a fantastic, exuberant, buzzy city with lots to experience and feel a part of. Thank you, Teach UAE and The Holiday Factory!

Final word from me (Helen).

Yes…Thanks so much, Teach UAE and The Holiday Factory.

You have enabled us to make some awesome memories. We packed so much into our two days and got a real taste of Istanbul. It’s architecture, history, vibrant people, culture and last but not least its food. The Baklava just can’t be beaten.

7 Activities to Make Your Summer a Memorable One 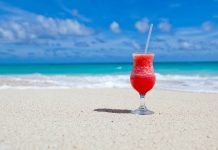 5 ways to make the most of your staycation this summer 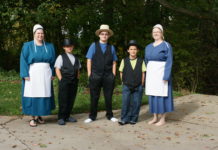 Everyone should try the Amish experience 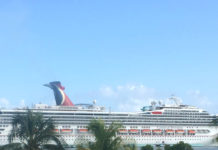 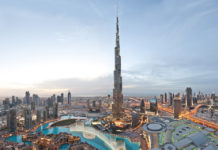 Travel snapshots of the Middle East 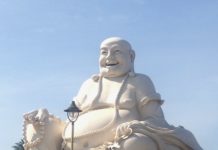