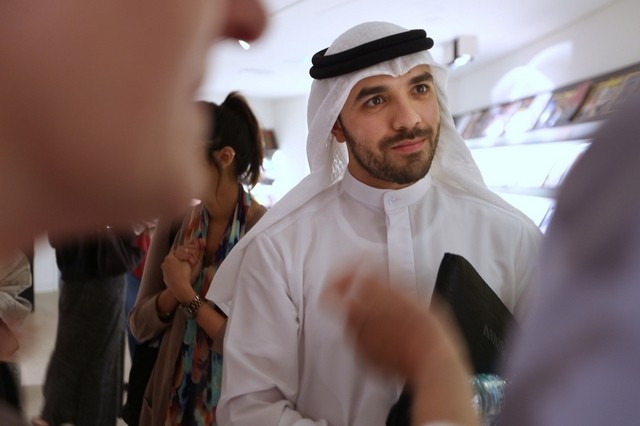 Khaled Al Ameri wants to be an example by taking unpaid leave from his government job to become a teacher.

Khaled Al Ameri, who has been the talk of the town after offering to take unpaid leave from his government job to become a schoolteacher, has voiced his admiration for the profession and spoken of his desire to give back to the community.

“A teacher is like a lamp, like a candle. It consumes itself to light the way for others,” said the 31-year-old Emirati, a Master of Business Administration graduate of Stanford University in the US.

“And I love that. We view them as people who are wasting their time and cannot succeed anywhere else. That’s sad because you’re making these people responsible for one of the great resources that we have – that’s our kids.

“And the people that they interact with while growing up are either their parents or their teachers. They’re the ones who guide them.”

Mr Al Ameri was speaking on Wednesday night at twofour54’s The Space about the impact teachers have had on his life.

His talk also centred on the importance of teachers on youth and society, the cultural impact of teachers with similar backgrounds to students, and how younger generations could learn from the knowledge and expertise of others.

He hoped to change perceptions of the profession and inspire other Emiratis to follow in his footsteps.

He is now waiting for Adec to formally accept his offer.

“Someone asked me ‘what are you gonna teach?’ That’s a great question. I know what’s next. What happened last week was special because what the UAE community did. That they believed that I was doing something right.”

He said at least five people had asked him where they could also sign up to teach, and that he had received two job offers from schools.

“I think it’s important to teach study skills to students not only how to study but how to deal with teachers,” she said. “Because when you go and teach in the school you will be faced with students who are somehow depressed, and teachers are depressed as well.

“You don’t have this teaching experience, but you have this success model that you can show to these students, especially boys. I can talk about my brothers and nephews who don’t have a role model to look up to.

“When they see someone who is near to them and who talks to them in their own language, they will be inspired. And if they face difficulties, they can be successful in the future.”

For Mr Al Ameri, success is all about creating a platform, getting people involved, and making it sustainable.

“It’s a challenge to be able to look inside people’s hearts and be able to bring out that passion,” he said.