One of the best things about the Internet is that you can travel to anywhere in the world with just the tap of your fingers.  Through expat and travel blogs, we get to peek into the lives of others who have travelled afar to live in the unknown.

For years I read these blogs and fantasized about a life somewhere in Europe or Asia, but then one day I saw a news clip about teachers moving to the Middle East.  A few months later, a teacher I knew accepted a job in Saudi Arabia (and I’m not going to lie, like everyone else I thought she was crazy) It’s been four years and she’s still happily living there.  A friend of mine moved to Dubai and absolutely loved it and then another friend’s sister moved her entire family to the UAE.

So, I told my inner stereotypical prejudices to shut up and started reading the Middle Eastern blogs. People were living fascinating lives and this place that sounded like a phrase from the Flintstones kept popping up:  Abu Dhabi.  The more I read about it, the more intrigued I became. This city was certainly NOT something out of a cartoon about the prehistoric (although I guess you could pretend a camel was sort of like a dinosaur). It blended tradition with the future and its government invested heavily in its people.

I read everything I could about working, living and teaching in the UAE.  I researched recruitment agencies, picked the one I thought would be best for me and I waited until my time was right.

A few months ago I realized it was.  My family, my financials, and I were all in a good, stable state (not that I was ever unstable, although my kids might argue that).  While my family watched football, I filled out an online application.  They knew something was up by my frantic thumbing through files in search of the year that I earned my license and constant typing.  Finally, I took a deep breath and clicked submit:  touchdown for Mama!  No one around me knew yet what a big deal this was, but I was pretty pleased with myself, even though I thought I’d never hear back from the agency.

Three days later everything changed.  The recruiter called me. I sounded calm and professional, but inside my head I was yelling OMG they’re interested in me. Mind you, this was just to set up my first interview!

In that instant my world changed, without physically changing.  I realized that regardless of whether or not I got the job, I was doing what I always said I would.  I was flying with the unknown.

Bettina Bennett is currently a Cycle two and three educator here in the UAE. She is also a Teach UAE Magazine Blogger and Guest Contributor. 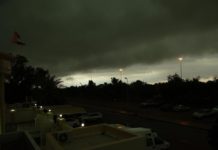 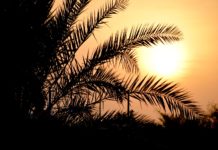 Marhaba, Year Two of teaching in the UAE! 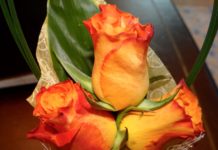 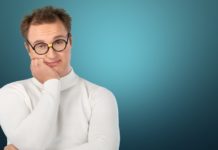 Hanging in there … the waiting game 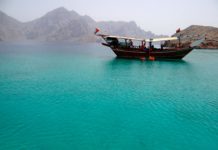 Just cruising along in the UAE 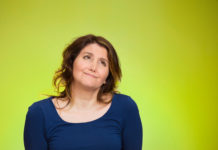