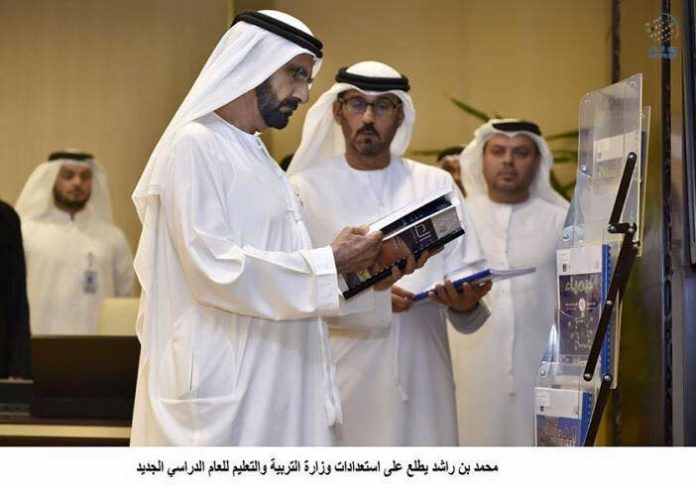 Sheikh Mohammed bin Rashid, Vice President and Ruler of Dubai, has directed the strengthening of a culture of integration, cooperation and dialogue between the Ministry of Education and educational leaders nationwide.

The cooperation would ensure educational development and take advantage of national experiences to educate new generations with 21st-century tools, he said, according to the state news agency, Wam.

Sheikh Mohammed made the remarks while visiting the ministry, where he was briefed about preparations for the new school year and achievements for the 2015 to 2021 education plan. Mohammed Al Gergawi, Minister of Cabinet Affairs, Hussein Al Hammadi, Minister of Education, and Khalifa Suleiman, director-general of the Protocol and Hospitality Department in Dubai, attended.

“As we seek to create an environment conducive to innovation, creativity and outstanding performance to achieve the goals of our national agenda and Vision 2021, it is imperative to build a modern educational system to keep pace with developments in making the transition to smart government and open the doors of opportunity for our students to meet their needs and requirements and achieve a high level output in the educational process,” Sheikh Mohammed said.

He also was briefed about the expansion of the Sheikh Mohammed Smart Education Programme during the past three years. The programme will be expanded to cover 208 schools in the 2015-2016 academic year, compared with 123 schools in 2013-2014.

Mr Al Hammadi said the Vice President’s interest in education “is a motivation for the Ministry to upgrade the pace of performance to attain the highest degree of institutional excellence and achieve the national objectives of the National Agenda and UAE Vision 2021”.