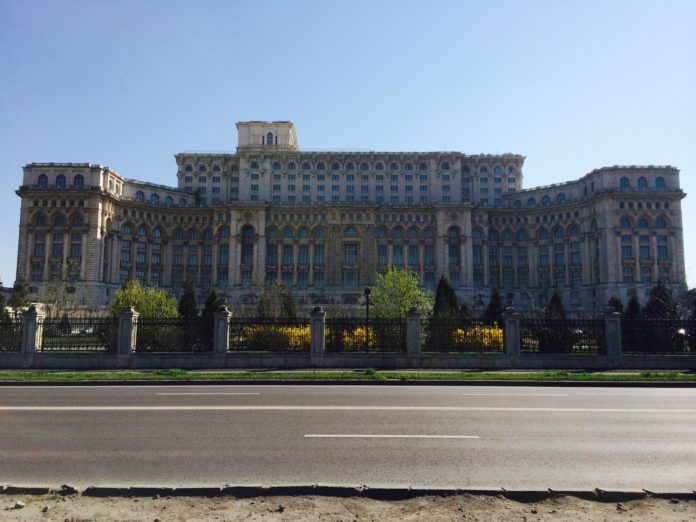 In the previous issue, I talked about my trip to Salalah in Oman. After that whirlwind of a weekend and only a few hours at home to get some sleep, my friend and I were back at the airport for the second leg of our journey, Romania.

The package holiday we had booked provided us with transfers to and from the airport. A driver was waiting for us outside the Bucharest Airport customs hall. The drive to our hotel took a little less than thirty minutes. We had expected the city to be similar in look to Tbilisi but noted that it was more modern and less austere in appearance. Arriving in early spring meant that the climate was pleasantly fresh. A light jacket was all that was needed for the entire trip.

Our hotel was located in the center of the city and within walking distance of a few key attractions. We checked in, put away our bags and headed straight into the city for a quick wander. Our walk took us through a local park that sits on the edge of the Palace of Parliament; an imposing building that seemed to take up a whole city block.

From there, we walked up through a trendy part of town with lots of cafes and restaurants that reminded me a bit of London’s Soho. There were many monasteries and most were open to the public. Most allow pictures to be taken inside, as long as respect is given to the worshipers and no flash is used.

Not far from the restaurants was the famous Revolution Square. This was where on December 22, 1989 the former dictator Nicolae Ceaușescu fled by helicopter from the roof of the building that was home to the former Romanian Communist Party. It was here that the Romanian Revolution was born. The square contains monuments to commemorate that day. The Royal Palace, which is also in the square, now houses the National Museum of Art of Romania.

On our second day we hired a driver to take us to Transylvania to see Bran Castle. It was this castle, and its most famous denizen, Vlad the Impaler, that provided the inspiration for the book, Bram Stoker’s Dracula. After all, what’s a trip to Romania without visiting Dracula’s castle?

The drive from Bucharest took nearly three hours but was broken up with a few stops at other sights such as the stunning, Manastirea Castel Peles in Sinaia. On arriving at Bran, we toured the castle and bought a few souvenirs. I have to admit, the castle was not as exciting as I had expected. I realized later that I had gone there with an image of the Hollywood interpretations colouring my expectations. What I encountered was a fairly plain castle (if such a thing exists) surrounded by picturesque landscapes. It did not help much that we visited on a beautifully warm and cloudless day.

However, it was not a wasted day as the drive across the beautiful Romanian countryside with its snow-capped mountains and lush fields, more than made up for it. Our last stop in this region was in the quaint medieval town of Brasov. We did not have enough time to really do it justice, but the little we saw convinced us that we need to make an extended return visit. There were just too many cobbled paths beckoning for us to take a stroll through history.