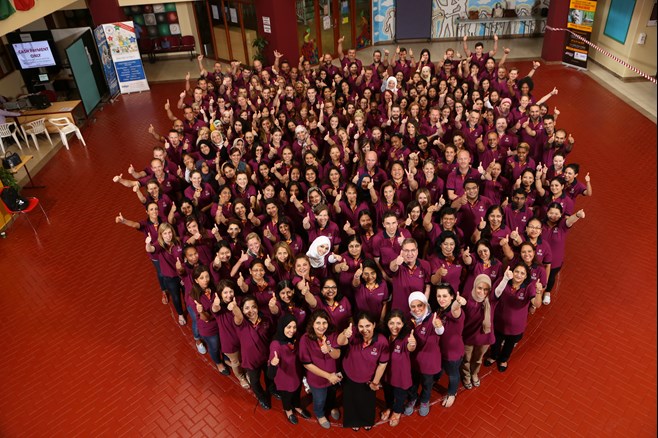 Dubai is often described as one of the fastest growing Emirates within the UAE. The Emirate is rated highly, globally, as one of the top 10 places to visit. Dubai is at the forefront of promoting innovation in several industries and it shows no signs of slowing down. It is therefore not surprising that the education sector has been making significant strides in providing its residents and citizens with world-class education opportunities.

A significant stakeholder in the education sector, in Dubai, is Innoventures Education. The group boasts several schools and nurseries that are committed to empowering young minds by providing them with an excellent education.

Raffles World Academy (RWA) is one of the schools under the Innoventures Education umbrella of schools. It has approximately 2000 pupils on roll, from more than 85 nationalities, with 225 members of staff from 31 different countries. The school is helmed by Principal Julian Williams and has been recognised in their most recent inspection report, as being outstanding in promoting student leadership.

During a visit to Raffles World Academy, Teach UAE Magazine witnessed student leadership in action. The students of a year 4 class (4A) had undertaken a project with their teacher to promote seat belt safety in the UAE. The project is the result of a unit that the students completed and later brainstormed with their teacher, Mr Nicholas Gastaldi. Students examined ways in which they could create positive changes within their communities, and as a result of this process, the Seat Belt Safety project was born.

The project aims to encourage students in other schools to take the seat belt pledge, in order to spread awareness and to impact a positive change in how drivers conduct themselves on the road. The students also hope that they will get the attention of the UAE government by having it to view their blog (once other schools come on board) and implement more stringent laws to protect children and adults on the UAE roads.

This noble project is just a glimpse of the talent, innovation and creativity of the students at Raffles World Academy. The principal, Mr Williams asserts that there are several programmes in place that specifically promote student leadership.

This includes the Model United Nations Programme that allows students to express their learning and understanding of world events. Student led organisations such as the Anti-Bullying Committee (ABC) and the Interact Club are cited as two additional programmes that support student leadership.

Mr Williams adds, “The programme is effective on different levels. It promotes students’ leadership qualities and builds confidence. It also helps to maintain a caring and responsible school environment. I am not saying that there are no incidences of bullying. We have a zero tolerance policy for bullying. We work actively with the students to ensure that incidents are immediately tackled at the source and that there is no conspiracy of silence.”

“The ABC is a key programme that encourages student leadership,” begins Mr Williams.

“It was started a few years ago by year 11 students who felt it was important to create a school environment in which every student felt safe. This is crucial since it is a large school with students coming from many different countries around the world. They wanted each student to feel comfortable to learn and feel at home during the school day. ABC provides students with a strong supportive network of other students who are able to guide them through issues related to adjusting to a new school and interacting with other students.”

Of note is that students started ABC and operate it independent of the school’s staff. Each year group at the Secondary level has a representative in the ABC. Some of their activities include bringing in speakers and conducting workshops for fellow students, parents and teachers. The members of the ABC work closely with the school’s counsellor and administration to ensure that the school’s zero tolerance policy for bullying is rigorously enforced.

The Interact Club is the junior partner of the Rotary Jumeirah. Through involvement in club activities and related projects, students are able to support and collaborate with students in other schools such as Senses Dubai, a neighbouring school for students with special needs. Other Interact activities include teaching English to the support staff and desert clean up.

“Another programme of significance is the Duke of Edinburgh International Award. This is also applied throughout the school and engages a number of students who have gone through, from bronze, to silver, and this year, gold level,” states Mr Williams.

Traditional avenues for student leadership include the appointment of prefects and student counsellors. These students are supported in their roles by workshops aimed at enhancing their understanding of their role and responsibilities and preparing them for career related opportunities.

At Raffles World Academy, there is a genuine push towards maintaining their status as a Green Flag school. The Green Flag is awarded internationally by Eco-Schools to recognise those schools that meet a rigorous inspection of its commitment to environmental conservation and protection. The school is scheduled to have their status reviewed this year, which means that everyone is focused on adhering to the strict guidelines that Green Flag schools are required to fulfil.

Mr Williams outlines that the E-team, as it is known, is empowered to ensure that water and electricity usage is monitored, that waste is re-cycled through specially targeted waste containers inside and around the campus, and that compost from waste food is used to develop the school’s Eco Garden which grows organic vegetables. The E-team includes both primary and secondary students.

Recently, the education sector has been paying more attention to the health of students throughout the Emirates. Health issues such as obesity and diabetes have been areas of major concern. Students at RWA understand the benefits of eating healthy foods as a result of their participation in the Eco Garden projects. The school’s doctor also checks and approves all food menus to ensure that meals are not only tasty but also nutritious.

With close to 2000 students from 85 nationalities, RWA could be considered a melting pot for cultural integration and collaborative learning, as staff and students engage and learn from each other.

“There is a strong culture of international mindedness at Raffles World Academy. Our school is open, friendly and proactive, with great teachers and greater students. The students are the drivers.”

He continues, “The job of a great teacher is not merely to impart knowledge but to facilitate the learning of the students. We want to inspire and guide our students. We encourage them to discover for themselves. The real end is to develop students who are life-long learners, with curious minds that drive them to want to learn for themselves.”

Their formidable parents association, titled Parents Association of Raffles International Schools (PARIS), reinforces their status as an international school that prides itself on being internationally minded and culturally aware. PARIS has been acknowledged by the KHDA as a powerful force for driving academic and school improvement changes.

According to Mr Williams, the focus committees within PARIS demonstrate that there is a wide range of abilities among parents. There is participation from both mothers and fathers in areas inclusive of teaching Arabic language and other ‘mother tongues’.

“Mother tongues throughout the school comprise of French, Finnish, Russian and Mandarin among others. Our celebration of the different cultures represented at RWA is more than just National Day’s celebrations. International mindedness is interwoven in the way we operate on a daily basis. The main atrium features flags of each nationality that is at our school,” Mr Williams points out.

“Further to this, through IBICUS (UK providers who specialise in providing educators with training on the International Baccalaureate Diploma Programme), the school is able to attract teachers from different countries worldwide, who bring with them exciting new ideas to the education sector for best practice within the UAE classrooms.”

We have merely scratched the surface on some of the noteworthy programmes that Raffles World Academy has in their arsenal. Their students demonstrate a passion for effecting change in the world and are keen on putting in the work to support their ideas. It is clear that when it comes to putting their most important clients first, Raffles World Academy has risen to the occasion in equipping students with the ability to become responsible leaders and lifelong learners. 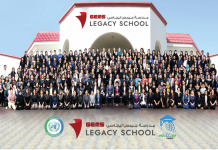 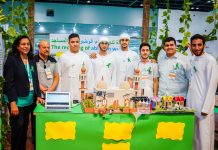