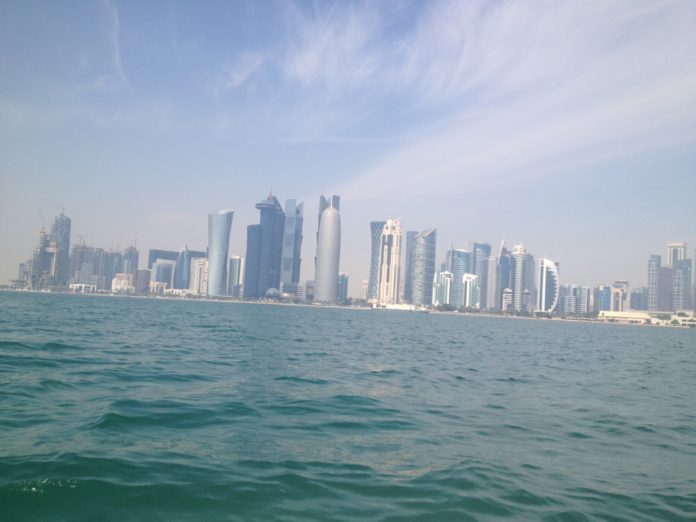 If you’re like me and want to utilise the opportunity to visit as many countries while living in the UAE, one of the places to tick off of your list is Qatar. Its proximity to the UAE makes it one of those places where you can easily hop on a plane after work for a weekend city break. In fact, it’s so close that it seems the captain makes the announcement for landing preparations shortly after take-off.

The capital, Doha, is a city under construction. From the moment you step off the plane and into the buses that shuttle you to immigration, it is apparent that there is a lot of work in progress to get the country ready for the World Cup. However, the airport is reasonably modern and, despite my initial assumptions, is fairly efficient. Touchdown to getting in my friend’s car only took about 45 minutes. Persons who suffer with respiratory problems should note that, because of the construction all around, the air quality is dire.

Doha is not dissimilar to the UAE. It has the same shiny, new buildings that seem to be going up everywhere across the Arab Gulf. The architecture is impressive in a ‘this is an intentionally iconic structure’ manner. They are built to impress and showcase the wealth of the country. A quick drive through the city revealed a number of older, low-rise buildings. This juxtaposition of architectural styles was like a symbol of the country’s journey into modernity. I couldn’t help but make comparisons to Al Ain and Abu Dhabi City. The former has a perceived sleepy town image, while the other is a big busy city.  It felt like both had been combined in this transitioning city of Doha.

There are modern shopping malls across the city with the usual suspects of brand name offerings. However, head over to the Old Souq (which, funnily enough was recently renovated) for a more Middle Eastern shopping experience. Thankfully, the person who led the revamp of the souq was clever enough to retain some of the features that evoke an old Arabia kind of charm. 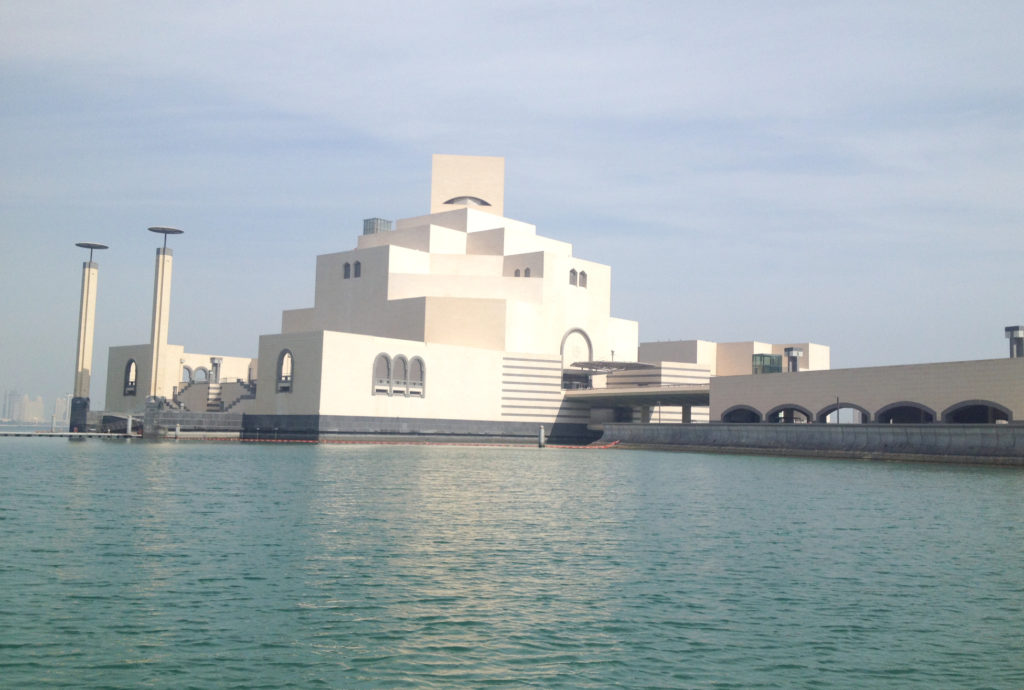 I enjoyed walking down the narrow passageways and exploring the myriad of stalls and small stores. Another special treat was stumbling upon a section of the souq where artisans were busy crafting products similar to those displayed on their shelves. There was a glass blower making beautiful glass ornaments, a tinsmith designing and cutting out intricate patterns out of copper sheets to make lampshades and candleholders, rug makers weaving beautiful tapestries, tailors who were sewing traditional garments and many other skilled craftspeople. Needless to say, this was a great place to pick up a few souvenirs.

It seems that Doha is trying to create an image of itself for being somewhat of a cultural hub, where the visual arts is concerned. I had the opportunity of wandering through an exhibit that showcased the work of Damien Hirst. I was able to view many of his famous pieces that had been on display in the Tate Modern in London, but had never seen over my seven years of living in that city. I also visited the Museum of Islamic Art, which is housed in a beautifully designed structure that sits beside the Arabian Sea. The museum houses an impressive collection of works from within the region, as well as from around the world. It is definitely worth an afternoon’s perusal.

Travel tip: Depending on what passport you carry, a tourist visa either needs to be applied for before travel or is issued on arrival. My go to website for all things visa related is www.visahq.com. Check it out.