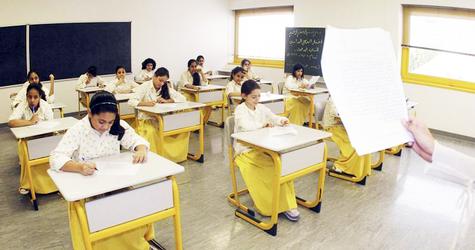 More than half a million students started the academic year on August 23 at some 1077 public school around Oman, with 5% more students enrolling than the previous year.
As higher numbers of students graduate, economic planners, business leaders and education specialists have been working with greater intensity to ensure that new job-seekers are fully equipped for an increasingly competitive work environment.

Adapting the education system and expectations of students to the needs of the private sector could help produce graduates who are not only qualified for the jobs available, but also open to a wider variety of employment opportunities. However, this mindset shift is unlikely to happen overnight, and will require ongoing cooperation between the government and private sector players.

Oman’s national development plans, Vision 2020 and Vision 2040, stress the key role of education and training in creating a more diversified economy, with a focus on long-term sustainability.

Over the years, government reform efforts have seen the secondary school enrolment rate rise from 9% in 1980 to 80% by 2000. In 2001 Oman enacted a strategic plan to further revamp secondary education in order to better prepare students for university and the labour market, with a particular focus on grades 11 and 12, which helped the enrolment rate reach 91% as of 2013.

In addition, education now regularly gets a major share of government spending. Some OR3bn ($6.9bn) was allocated to the sector in this year’s budget, equivalent to 21.3% of overall expenditure.

Yet debate continues amongst educators, politicians and the general public over how best to balance student choice with national business and economic needs, particularly given ambitious Omanisation targets across a variety of sectors.

While Omanisation in the public and private sector have helped bring many Omanis into the work force, attracting local talent is more difficult in some sectors than others. In the banking industry, for example, the Omanisation rate stood at 93.3% for local banks and 90.5% for foreign lenders as of the first quarter of 2015, as per Central Bank of Oman figures. However, of the construction sector’s 700,000 employees, less than 9% are Omani, according to media reports, despite a government target of 30%.

According to Shahswar Al Balushi, CEO of Oman Society of Contractors, this is due to a combination of perception and education. “We don’t have that many Omanis who are willing to work in the sector; nor those who are equipped with the skillsets relevant [to it],” he said, speaking to media in August.

To encourage more local employment, in mid-August the Ministry of Manpower (MoM) ordered private sector companies to submit their 2016 plans for Omanisation by the end of this year or face a freeze on new expatriate hires.

Yet many CEOs say that for certain jobs, especially those in less-secure and often lower-paid realms of the private sector, it remains difficult to recruit local staff. According to Salim bin Abdulaziz Al Meshaikhi, director-general of employment at the MoM, Omanis would not be interested in at least 88.5% of jobs currently held by expatriates, as construction and service sector positions are not seen as desirable.

While government-imposed freezes on foreign hires could provide a strong short-term incentive to hire more Omanis, it may not address the underlying issues.

Vocational training programmes have grown significantly in recent years, thanks to strong state support. The MoM’s 2011-15 five-year plan allocated some OR27.2m ($70.6m) to strengthen existing programmes and another OR26.9m ($69.9m) for new technical colleges and training centres. Additionally, students can benefit from public stipends covering up to 70% of the cost of studying at private technical and vocational institutes.

The National Training Institute, founded in 1985, is another avenue that could help change students’ mindsets about trade work. While the institute continues to specialise in training for the oil and gas sector, construction and manufacturing programmes are becoming more popular thanks to public investment in large-scale infrastructure projects, while the country’s expanding logistics sector is also expected to increase demand for trained graduates.

Importantly, government-sponsored vocational training could also help change the thought process of private sector companies that have traditionally opted to hire low-cost workers from abroad rather than invest in training local graduates.