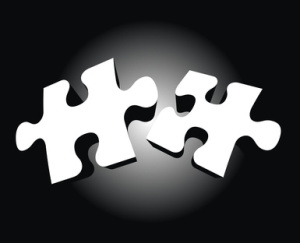 The Ministry of Education and the Abu Dhabi Education Council, ADEC, today announced a plan to begin a process to achieve the standardisation of their education systems to support a unified and high-performing education sector across the nation.

Achieving this goal has been closely monitored by His Highness Sheikh Mohammed bin Rashid, who considers it “essential to achieve a supportive and well-informed education system capable of keeping up with future changes and developments.”

The alignment plan between the Ministry of Education and ADEC will consolidate the ministry’s systems, policies and courses across the UAE’s public and private schools which follow the ministry’s system. It will also promote the development of the Emirati School Model across all emirates to increase efficiency and deliver a high-performing education based on the highest standards of quality for the education sector.

Commenting on the announcement, Vice President, Prime Minister and Ruler of Dubai, His Highness Sheikh Mohammed bin Rashid Al Maktoum, said: ”The UAE has made many significant achievements in education and the next stage requires us to build on them under a unified framework in preparation for the comprehensive development which needs a common, unified education system that is capable of delivering national higher objectives guided by the vision of President His Highness Sheikh Khalifa bin Zayed Al Nahyan.” His Highness Sheikh Mohammed bin Rashid urged all stakeholders to work as one team as development and gains are common and the vision is united under the leadership of President Khalifa bin Zayed. ”The prime goal is to enable all schools across the country to operate within a homogeneous framework to generate graduates as per best international standards and who can meet aspirations and expectations of the UAE people,” HH added.

His Highness Sheikh Mohamed bin Zayed Al Nahyan, Crown Prince of Abu Dhabi and Deputy Supreme Commander of the UAE Armed Forces, stressed that development and modernisation of the education system should be undertaken in accordance with inclusive strategic plans to usher well into the future and obtain high quality learning outcomes so as to keep abreast of the qualitative national development.

”The UAE under the leadership President His Highness Sheikh Khalifa bin Zayed Al Nahyan and follow up of Vice President, Prime Minister and Ruler of Dubai, His Highness Sheikh Mohammed bin Rashid Al Maktoum, will continue to elevate the education system to the international benchmark to produce ambitious generations who are capable of writing new success stories in the nation’s renaissance, launched since the founding of the Union by the late Sheikh Zayed bin Sultan Al Nahyan,” HH said.

Hussain bin Ibrahim Al Hammadi, Minister of Education, said, “The unification of Federal and Abu Dhabi education systems reflects the forward-looking vision of His Highness Sheikh Mohamed bin Zayed Al Nahyan for the future of education in the UAE and the importance of supporting it with modern and up-to-date systems.”

“Our students are the most important resource of the UAE. As leaders, we have an obligation to provide them with a modern international education, focused on our Emirati School Model, that matches the ambition and future plans of the UAE,” added Al Hammadi.

Dr. Ali Al Nuaimi, Director-General of Abu Dhabi Education Council, said, “The decision to standardise the education system is in line with the current developmental stages in the education process. They reflect the leadership’s keenness to prioritise education in the UAE. All decisions and steps taken now and in the future serve the best interests of the UAE and our students, and contribute greatly to the development of education.”

To ensure a seamless transition of the plan for the upcoming 2017-2018 academic year, the Ministry of Education and ADEC will place a special effort communicating with ADEC teachers and administration staff, as well as students and parents, to explain the gradual delivery of the plan to unify education across the UAE.

ADEC and the Ministry of Education also announced that twelfth and eleventh grade students under ADEC curriculum will continue their current curriculum to ensure the best educational outcomes for these students.

“The Ministry of Education prioritises building and managing an innovative education system for a highly competitive knowledge based society on a global level, meeting the needs of the future job market,” said Al Hammadi. “The establishment of a standardized national education system creates a generation of innovative Emiratis and it is fully aligned with the main indicators of the National Agenda to get a quality curriculum and first-rate global results.”

“Schools are the cornerstone of society,” said Al Nuaimi. “Their commitment to an aligned approach and a unified vision is the cornerstone to building a cohesive, collaborative society which shares common national convictions. Achieving this goal is the fundamental duty of the education institution. Students are the real wealth of the UAE. Providing support to them in every possible shape and form is one of the main priorities of our wise leadership,” added Al Nuaimi.”

Dr. Al Nuaimi called upon the various stakeholders of the education sector to “actively engage and participate in developing talented, innovative and pioneering generations who possess knowledge and culture, and to contribute actively to the development stage and help in achieving the UAE goals for education. Teachers are the foundation of the education process,” He added.

“Their role is not limited to teaching, but extends to building the student’s personality, mind, knowledge and method in solving problems.”

Al Nuaimi also called upon all parents to collaborate with schools and teachers in implementing the development plans to contribute to their success and the benefit of new generations. “Working in the spirit of one team is paramount to achieve an education system which serves the country and its citizens, ensuring that education in all schools focuses on building character and national identity and links education to the needs of society,” Al Nuaimi said.

Standardising the education system in the UAE and the subsequent consolidation of all school operations are based on the national pillars and a framework which include students, curricula and school operations.

The Ministry of Education and ADEC have formed two main committees working towards the development of the school community. These committees support and enable teachers to fulfil their responsibilities and establish new rules for the integration of roles between legislators and executive bodies to ensure the graduation of an Emirati student whose academic achievement is characterised by excellence, talent and creativity, while his mental and psychological formation is characterised by principles of identity, values and the rich heritage of the UAE.

Why Are Teachers The Drivers Of A Sustainable And Prosperous Future For All?