Mike Lambert is thorough and inventive in his approach to teaching. As the head of sixth form at the prestigious Dubai College, Mr Lambert and his team have facilitated the success of nine sixth form students, who have secured acceptance letters from the University of Oxford and the University of Cambridge in the United Kingdom. This was not an easy feat, as garnering placements at top tier universities have proven to be an extremely competitive process for even the most brilliant student.

Mr Lambert’s background as a tutor of latin and greek for university hopefuls in the UK, equipped him with the requisite tools that he needed to drive students to excellence when he moved to Dubai several years ago.

“I was surprised at how much i enjoyed the work and the huge sense of satisfaction I got from the students’ enjoyment and success. so, I decided to become a fulltime teacher,” recounts Mr Lambert.

He is in his ninth year of teaching, the last three of which he spent committed to taking the already successful sixth form at the Dubai College to even higher levels.

Who inspires you most?

I am inspired by anybody who willingly gives up their life in the service of others. I read an article recently about David Nott, the London vascular surgeon who has spent six weeks each year offering his expertise as an unpaid volunteer in every major warzone on the planet. This guy is a genuine hero in my mind.

What are some of the steps that you are taking to advance your career?

I have worked in a broad range of schools, which has really helped to disabuse me of the notion that there is a right way to educate. I learnt to teach at RGS Guildford, an outstanding and rigorously academic boys day school that really showed me what effective and efficient teaching is. I have also worked at Bedales, a very liberal and creative boarding school, which is famous for an incredible freedom of expression. This allows students to really find out who they are and what they want out of life. Bedales, more than anywhere has shown me what else education can and should be.

Subsequently, I arrived at Dubai college where I have tried to combine these two very different educational approaches in an international setting.

Describe three programmes that are instrumental in securing the success of your sixth form students in gaining entry to top tier universities.

Firstly, we encourage our students to read widely around their subjects – we have recommended reading lists, which departments have put together or downloaded from top tier university websites.

Secondly, we encourage all our students to study a MOOCS. MOOCS are massive open online courses provided free of charge by top tier universities on almost every conceivable subject. By studying these, our students are getting an insight into their prospective degree course and again broadening and deepening their knowledge.

Thirdly, we encourage any student who is required to sit an admissions test, as well as anyone who is interested, to prepare rigorously for these exams as though they were another As level.

We also benefit from the help and expertise of the Oxford & Cambridge Society UAE, as well as parents, alumni and volunteers, all of whom provide mentoring and mock interviews to any student who would like it, not just those applying to Oxbridge.

Share two ways in which you and your colleagues promote independent learning through critical thinking and enquiry at the sixth form level.

The main formal method by which we promote independent learning in the sixth form is through the Extended Project Qualification (EPQ), which was set up three years ago. The EPQ allows students to write a 6000 word dissertation, create an artefact, conduct fieldwork or produce a performance entirely under their own steam with minimal direction from staff. This really is independent learning at its best and I predict that the EPQ will increasingly become an integral part of post-16 education as we move back towards linear A levels.

We also encourage students to enter national and international competitions such as the Thomas Campion English Essay Competition, the R.A. Butler politics prize as well as the Physics, Maths and other Olympiads. Work towards these is strongly encouraged and students work almost entirely under their own steam on these projects.

Tell us two ways in which you use assessment data in planning the next steps for the learning for your students?

Our sixth form tutors track our students every six weeks after their interim reports. On the basis of their underperformance or outperformance, we then suggest means by which they can stretch and challenge themselves further or we recommend that they speak with their subject teachers to work out exactly what it is they need in order to improve. It’s not rocket science but it works.

What advice would you give other schools that are struggling to keep their sixth form students motivated?

We have established a genuine student voice within the sixth form – students helped to conceptualise and design the new sixth form centre, they feedback via their sub- committees to the Senior Leadership Team (SLT) and even sit in on SLT meetings. They produce many of the major school events such as World Food Day, Music Charity Love and the Winter Bazaar and have established their own business DC Inc.

DC Inc. is responsible for sourcing, marketing and distributing our alumni memorabilia. Our students have a genuinely vested interest in the way things are run and it is this, which ultimately keeps them motivated.

As prosaic as it may sound, most students are also understandably concerned about their future financial wellbeing. We spent time at the beginning of this year sharing research with our students which showed that their future earnings is based not on the calibre of the university they attend, rather their length of time in education. If there is one thing to keep students motivated through the demands of post-16 education, it is very sensibly the prospect of relative financial security in the future. This idea is something, which almost everyone can relate to.

What is the best advice that you have received and how has this helped you?

You have two ears and one mouth, so listen twice as often as you speak. Life is full of endless possibilities, many of which are unimaginable unless we continue to read, learn and really listen.

Mr Lambert is indeed an asset to his team at Dubai College. It is clear that he will continue to fuel that fire that sparks true success in those who are hungry to achieve greatness. 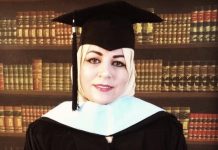