“If people knew how hard I worked to get my mastery, it wouldn’t seem so wonderful at all.” – Michelangelo

We are in the midst of a great change to classroom practice, particularly in mathematics. The method of ‘racing’ learning through the sub levels is being abandoned to ensure a deeper understanding of each objective.

‘Mastery’ is now at the heart of the curriculum, and teachers must ‘come to terms’ with what that means and how to identify and achieve it with pupils.

Perhaps the above quotation from Michelangelo illustrates it best – the ‘mastery’ level can only be achieved with work and time. With limited time to achieve this in each school year, we’re forced to cut the curriculum down in order to teach fewer things in greater depth.

Mastery has no single definition, but it may be linked with the concepts of ‘shallow’ and ‘deep learning’. If shallow learning is superficial and temporary, then deep learning can be recalled and used appropriately. Mastery takes this one level further, where learning can be transferred and applied to different contexts.

The Four Stages of Competence is a useful model for illustrating mastery:

For a child to have reached that ‘effortless’ level, they should: 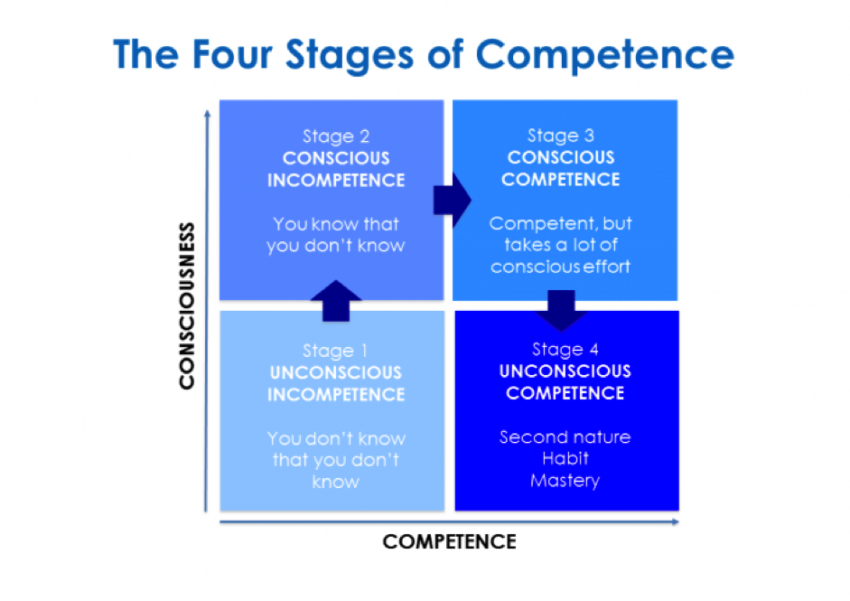 Mastery boils down to independent, consistent working and an ability to explain one’s own understanding. Some practical indicators of when a child has reached the mastery level could be: being able to describe the concept to somebody else, recognising real-life instances of problems (i.e. noticing that triangles are used in the environment for their strength, such as in pylons) or making up their own examples of the problem.

How can we ensure a child is able to complete the above?

We must be wary of defaulting to accelerating able pupils through new material once a concept appears to be grasped. We should also recognise that a child’s ability to answer questions with more difficult numbers does not necessarily equate to mastery. The increase in challenge should come from thinking harder about the concept or topic being taught.

An indicative question to judge a Year 6 pupil’s mastery of times tables might be; “My age this year is a multiple of 8. Next year it will be a multiple of 7. How old am I?”

Essentially, we need to build into our maths curriculum the important stage of checking if pupils have ‘got it’ through formative assessment, rather than testing. This can be accomplished by using well thought out activities related to the actual objective being taught. If we do this regularly, then it may be more reliable than testing. We may also see an end to the worrying feature of pupils struggling with greater depth questions due to insecurity or lack of fluency with basic mathematical skills.

Clive is the founder of Focus Education, a family-run organisation providing advice and educational support to schools in the UK, Europe and the Middle East. Website: www.focus-education.co.uk