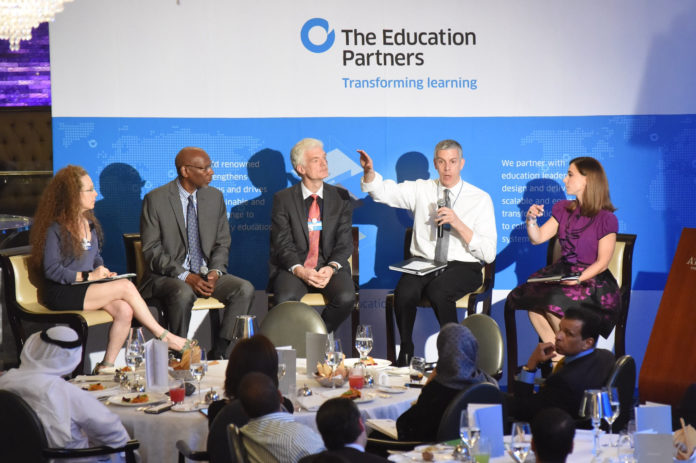 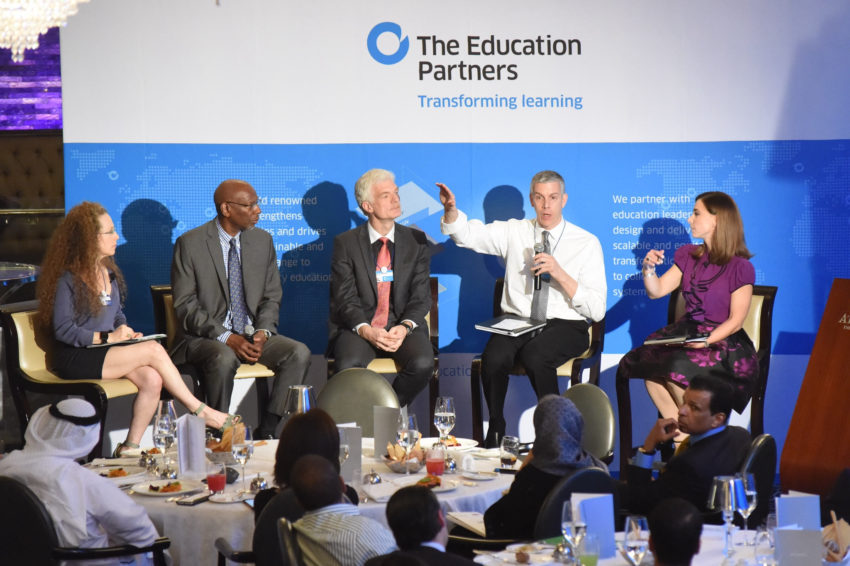 The fourth Global Education & Skills Forum (GESF), convened by the Varkey Foundation and held under the patronage of HH Sheikh Mohammed bin Rashid Al Maktoum, Vice President and Prime Minister of the UAE and Ruler of Dubai, opened in Dubai with a call to recognise the power of education to address the challenges of today’s two-track world.

Delivering the opening keynote address on ‘The State of Our World,’ Fareed Zakaria, CNN GPS host and Washington Post columnist, said we live in an age of anxiety with the world today increasingly polarising to two tracks underlined by the forces of globalisation and technology evolution.

Zakaria said that those who have such access to education and capital will find the world their oyster, full of opportunities, while those on the other end of the spectrum experience a lot of pincer movement with wages being pushed down and opportunities lost.

Citing the experience of the USA, where over 14 million jobs were created in the past seven years, Zakaria said the growth was distributed unevenly, with vast majority of the opportunities going to those who had good education and access to capital.

Technology, meanwhile, is rewriting the rules even in nations that have access to cheap labour, which are increasingly resorting to automation “to meet the high global standards of quality” that are expected.

“To address the challenges in the two-track world, there is only one powerful weapon – Education,” said Zakaria. “It is important to recognise the importance of education in the broadest and deepest dimension.”

Zakaria described the GESF as the ‘Davos of Education’ well on course to becoming the ‘Oscars of Education,’ with its high production values.

In his special address, Sunny Varkey, Founder of the Varkey Foundation, drew attention to the ‘global education crisis’ that the world witnesses today. “Fifteen years after the Millennium Development Goals were created, 58 million children around the world still do not attend primary schools while half a billion children are in failing schools. At current rates of progress it will take until 2072 to end youth illiteracy. Several more generations will miss out on the chance of a decent life for themselves and their families,” he observed.

Varkey said a new threat to education has emerged in recent years. “Conflict and chaos in the Middle East are preventing a whole generation of young people from going to school.  Education has been the silent casualty of the civil war in Syria, where at least a quarter of the schools have been damaged or destroyed and almost three million Syrian children are out of school. So far the world’s response has been totally inadequate.”

“It is not only important to find more money to overcome the crisis,” said Varkey, “but my belief is that by pooling our creativity, generosity, and persistence, we can collectively overcome this education crisis. If we work together – government, business and civil society – we have it in our power to finally give every child their birthright: a good education…. Remember whatever the question, Education is the answer.”

He underlined the need to “treasure teachers” in this effort. “Teachers build a bridge from the present to the future, taking us from where we are to where we want to be, turning our dreams into reality. They bring us hope, opportunity and self-respect.”

Also addressing the Forum, Andreas Schleicher, Director of Education and Skills, at the Organisation for Economic Co-operation and Development (OECD), France, discussed the collective responsibility for public education.

He called for innovative approaches to address the challenges of how “we share the cost and benefits of education; and how the smartest kid – and not the wealthiest – get access to education and how to make reforms happen,” in an environment where there is resistance to change.

He recommended four crucial elements to achieve successful reform in education: “A shared vision with clear and consistent priorities that extend across government and are built by the society; a clear performance management strategy with appropriate targets and rewards success; building frontline capability and a clear delivery architecture.”

Vikas Pota, Chief Executive Officer of Varkey Foundation, UK, said the Forum currently hosts over 1,600 delegates from 110 countries, and features 61 sessions and 145 speakers, of whom 80 per cent are new to the event. Setting the scene for the discussions, he said that it is simply not acceptable that we have 58 million children out of school and over half a billion students in failing schools.  He urged the delegates – government, private sector, teachers and NGOs – to take collective responsibility to promote public education.

With partners including UNESCO, Harvard Graduate School of Education and Dubai Cares, GESF features intense debates on reconciling the relevance, excellence and inclusiveness of both public and private learning environments. A series of 30 minute EdTalks inspires and challenges delegates in ways they can each take responsibility for public education. GESF 2016 will culminate on Sunday March 13 with the live announcement of the second annual award of the US $1 million Global Teacher Prize.