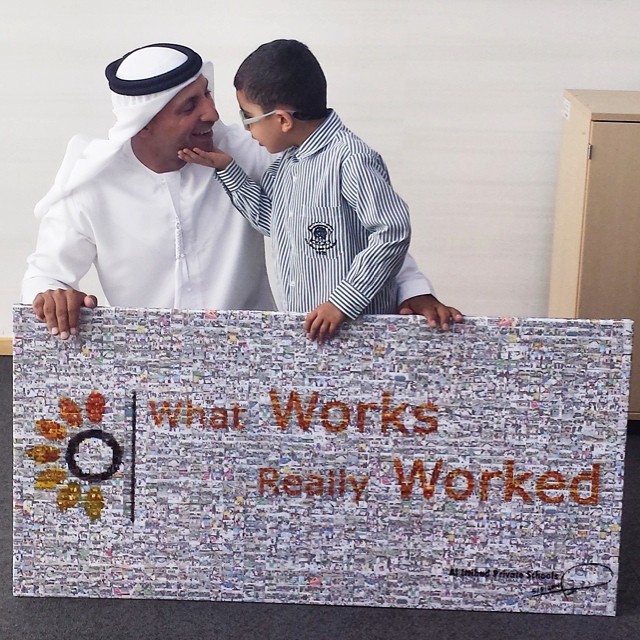 In the late 2000s, Dubai adopted (and adapted) recommendations made by a flagship report the World Bank had published on education in the Middle East and North Africa. Called the Road Not Traveled (2008), the thrust of the report was that better governance—most notably, accountability measures—could improve educational standards at the city’s growing number of private schools.

Largely because of the city’s diverse expatriate population, the share of students in private education increases at about 7–8 percent a year. The vast majority (88 per cent) are taught in one of about 160 private schools—different curricula including British, American, Pakistani, French and Japanese. More and more Emirati nationals are opting for private education.

A body was created to lead the effort to improve the quality of teaching in the burgeoning sector, the Knowledge and Human Development Authority (KHDA). The challenge for the KHDA as a new public institution was finding the right approach to the private education sector. The idea of oversight rather than intervention was appealing. The 2008 report had stressed accountability, participation and transparency. The KHDA aimed to promote these.

One of the key things that families, teachers and principals were all lacking was access to objective information on the state of schools. The KHDA set out to change that. Through its inspection bureau, the Dubai Schools Inspection Board (DSIB), the KHDA rates the city’s private schools yearly and makes the results of its inspections available online, in print and via an app. Fees are not factored in: the Indian High School, one of the least expensive, is rated ‘outstanding’, while the standards in some of the more costly schools are just ‘acceptable.’

A World Bank review of the KHDA’s approach to education reform is contained in a new report, The Road Travelled. By publicizing the results of school inspections, the KHDA has made information about private education in Dubai far more available than ever before and, as a result, more public debate about it is taking place.

The report’s findings show that this information is being used and so is useful: parents are asking more questions and making better choices and, when given DSIB feedback, teachers and principals strive to improve teaching and other aspects of schooling.

After just five years, 51 percent of Dubai’s students are in good and outstanding schools, compared to 30 percent five years ago. Steady improvement has been seen in international mathematics and science assessments for students aged about 10 and 13. More changes will take longer.

There is, however, one proviso: not all schools appear capable of acting to raise standards. The reason for this seems to be that weaker schools get caught in a trap from which they don’t have the material or technical means to escape, while better schools improve because they have the capacity to do so.

The KHDA is aware of this and is taking steps to help: there are guidelines for parents explaining the characteristics of a good school; the body works with weak schools to help them improve; and events called What Works convey to teachers the ‘best practices’ that have worked in other schools.

The KHDA’s oversight of private education in Dubai offers lessons for other developing markets.

1.First, design a framework flexible enough to capture all aspects of the private education sector and yet able, at the same time, to focus on improving the quality of education right across that sector.

2.Second, adopt an entirely transparent approach, one that is openly accountable and has strong stakeholder participation—all hallmarks of good governance.

3.Third, put information about all aspects of the system out into the public domain. School ratings, one of the key elements in the KHDA’s approach, stimulate discussion and create higher expectations. Policy makers should not rely on these alone because constraints may prevent certain schools from improving.

4.Four, experiment with incentives but be flexible. The KHDA allows schools to increase their fees if they get better ratings but, so far, this has only proved to be an incentive for those near a higher rating. Other kinds of incentives should be explored.