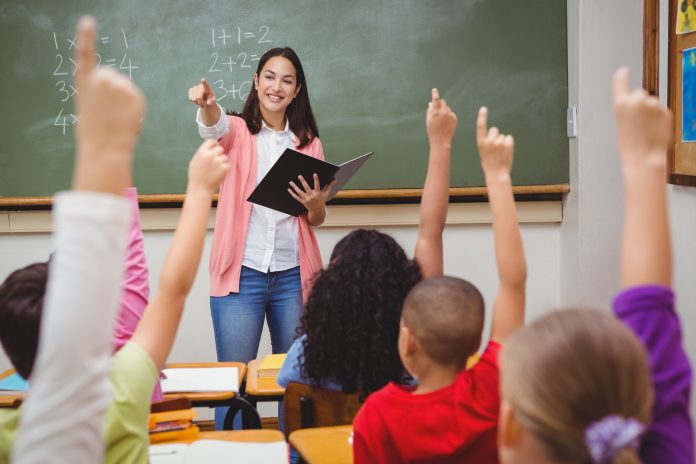 “I came here for a good time, not a long time.”

Known as the epicentre of international schooling, the United Arab Emirates (UAE) boasts of the highest number of private international schools in the world. With a large number of schools, comes a high demand for quality educators who will hopefully, for school leaders, stay at their schools for a sustained period of time. Despite this, the UAE has one of the highest rates of teacher turnover compared to other countries worldwide.

A number of problems are associated with high teacher turnover rates, including:

Most worryingly, however, all of the above has either a direct or indirect, negative impact on student achievement.

With this in mind, it poses the question, ‘Are schools in the UAE doing enough to support their teachers to improve retention?’.

The topic of teacher retention has always intrigued me, so as part of my masters, I completed a research project year to investigate ways in which retention can be improved in the UAE. A total of 109 expatriate teachers completed an online questionnaire, 10 teachers and 4 school principals were interviewed, to explore the topic in greater depth. This drew a wealth of quantitative and qualitative data, and a number of conclusions and reasons, why teachers choose to leave a school were drawn.

The Power of Leadership

School leadership was shown to be the greatest predictor, between a teacher choosing to stay or leave a school. Those leaders displaying transformational leadership traits appeared to be more successful at retaining staff. An issue that many teachers cited was that their leaders were more concerned about student numbers and increased revenue, rather than the students or staff wellbeing. Those teachers who noted that their school leaders were approachable, hands-on with school operational matters and backed up what they preach to others, with actions, were more likely to stay at their school.

The saying ‘you never get a second chance to make a first impression’ was pertinent to the research findings. Teachers who had worked at more than 1 school in the UAE, regularly noted that they had a very basic or no induction process at all and that there was no in-house support or CPD throughout their employment. Principals of schools with low turnover rates had a thorough 2-week induction period for new staff, followed by a thorough CPD programme to support staff throughout their employment at the school.

Closely behind leadership, monetary incentives and housing packages were shown to be the 2nd greatest predictor of a teacher leaving a school or renewing a contract.. A common theme that emerged from teachers who had worked in a number of schools in the UAE was that there is a need for transparency between HR departments and teachers when initiating a contract. Many teachers felt that they were promised one thing, but offered something very different upon arriving at the school.

With private schools offering diverse salary and accommodation packages, with additional benefits, teachers stated that they felt that they had the opportunity to ‘shop around’ and seek employment at schools that could offer them better salaries. Many participants noted that frustrations at their current place of employment, coupled with the high demand for teachers in the UAE, made it easy for them to find an alternative job.

A number of teachers reported that they were extremely frustrated by a lack of transparency between, what was promised and offered to them, during an interview, through an offer letter or during contract negotiations. There was a feeling that what a teacher experienced, was very different from what was promised. This was mainly the case with regards to accommodation provided, and resulted in teachers having a negative start to their employment.

Schools Operating as a Business

The large majority of participants worked in schools that were profit-making organisations, and a number of direct and indirect problems were cited by participants as a result of this. One of the main issues was that some decisions that were made, greatly conflicted with an individual’s philosophy of education, leading to professional identity tensions.

Another issue relating to the business-like manner in which some schools operate, was the need to continually market and promote the school, a task that teachers didn’t feel that they had signed up for. Constantly staging pictures for social media, representing their school for open days or at marketing events and regularly being reminded about the necessity of increasing student numbers, was the main frustration for participants.

A number of teachers felt a lack of confidence that their jobs were safe due to cost-cutting measures being enforced at their school. Some reported a large increase in their class sizes to improve profit and revenue. This, along with a lack of a teaching union offering protection and support, led to feelings of instability.

All of the aforementioned ultimately led to teachers feeling resentment towards the business owners and a lack of loyalty and commitment towards the school. It, therefore, comes as no surprise, that those teachers working at non-for-profit schools reported higher levels of job satisfaction.

Schools and school leaders who prioritise staff wellbeing were more likely to have higher retention rates. Successful schools with high retention rates often had a wellbeing committee which; reviewed staff incentives, planned events and played an integral role in ensuring that staff members had their wellbeing cared for.

A range of strategies was employed by schools to promote the wellbeing of their staff, including wellbeing weeks throughout the year; a random act of kindness gesture and wellbeing packs distributed. Wellbeing weeks, with earlier finishes from school, were particularly effective when carefully planned around the school’s strategic calendar during busy periods of the academic year, such as after report deadlines or parents’ evenings. Those teachers who reported that they moved to the UAE for a better work-life balance were more likely to leave a school for another school if they felt that this balance was uneven.

The Importance of Coping Strategies

After a range of factors affecting teacher retention had been highlighted, the next most important factor is directly linked to the coping strategies of each teacher. Those teachers who had a strong support network, both in and out of school, were much better at coping with and dealing with workplace frustrations.

A common theme amongst teachers with effective coping strategies was the network of friends and peers from outside of their place of work. Those teachers who admitted to struggling to cope with the demands of work regularly reported that they socialised with people that they work with. Those who stated that they manage to ‘switch off’ from work, all had a range of hobbies and interests, usually sporting in nature and socialised with other people outside of their workplace or the teaching profession.

Ultimately, for school leaders, it is evident that retention starts with recruitment. Recruiting the right people who fit your school profile, share your philosophy for education and want to work at your school for the right reasons is going to improve longevity. Being transparent with them during the interview phase and providing them with a thorough induction period whilst supporting them throughout their employment is more likely to lead them to renew a contract.

Phil Yates (BA, MSc, NPQSL) is the Head of Primary at Al Rabeeh Academy in Abu Dhabi. Phil has been a school leader in the UAE for 8 years. https://www.linkedin.com/in/phil-yates/