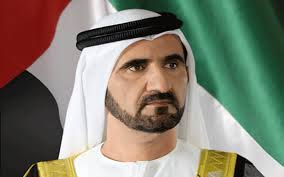 The National Innovation Strategy announced by Sheikh Mohammed aims to stimulate innovation in seven key sectors in the UAE.

RECENTLY, His Highness Sheikh Mohammed bin Rashid Al Maktoum, Vice-President and Prime Minister of the UAE and Ruler of Dubai, announced the UAE’s vision to become one of the most innovative nations in the world within the next seven years. How can the education community fulfil this vision?

The National Innovation Strategy announced by Sheikh Mohammed aims to stimulate innovation in seven key sectors in the UAE, including renewable and clean energy, transport, education, health, technology, water and space. Needless to say, education and skills development would play an important role in ensuring success in the other sectors as well. This announcement is sure to enhance coordination and cooperation among teachers, across and within curriculums, and foster a greater international outlook in education.

The concept of ‘education’ has changed considerably over the years, evolving from a one-sided knowledge sharing to a two-way knowledge exchange. This has impacted the role of teachers and students.

We are seeing increasing student leadership, with students driving their own learning and, consequently, the role of the teacher has evolved from being the ‘sage on the stage to the guide on the side.’

There is also an increased partnership between teachers and parents, with the latter understanding the significance of playing a more active role in their child’s development in the crucial early years. Despite the fact that most parents have increasingly come to rely on schools to educate and take care of their children for the most part of the day, there is a growing awareness of the fact that learning and child development don’t stop when the school bell rings at the end of the day.

On our part, as educators we strive to encourage young pupils under our tutelage to think, learn and work independently. Our role as educators has evolved to become more dynamic and we are imparting knowledge and real-world skills.

The talk of ‘life-lessons’ is very real and an increasing number of educators today have accepted that to create well-rounded, mature and responsible citizens of the 21st century, we need to adapt our education system without losing sight of the core values of education.

With so much focus on the changing role of education and educators, it is important to understand what makes great educators. Roy Blatchford – Director of the National Education Trust in the UK, and formerly one of Her Majesty’s Inspectors of Schools, shared his thoughts on this subject at the recent tenth anniversary celebrations of Innoventures Education. Roy has inspected more than a thousand schools around the world and is an avid believer in the power of inspirational leadership.

He says: “Inspirational leadership comes in many forms – from the great speeches of Martin Luther King to the simple actions of Mahatma Gandhi, from the personal bravery of Aung San Suu Kyi to the campaigning passions of the suffragette Emily Pankhurst. What great leaders have in common is their refusal to accept the status quo.”

Speaking of what makes great leaders in education, Roy Blatchford adds, “Great school leaders create stories which paint educational visions. Students in these great schools make excellent progress and realise their talents and gifts. Inspiring leaders make their staff believe that almost anything is possible, irrespective of a child’s starting point. Such leadership believes with passion that a child’s birth is not their destiny.”

That is truly beautiful and inspiring, and a lesson all educators should remember.

Shaikh Mohammed is a visionary leader, and what Roy says could well describe the National Innovation Strategy. It is an opportunity for us educators to demonstrate true leadership and inspire the next generation to live the dreams of this nation which truly embodies the belief that almost anything is possible.

—The author Poonam Bhojani is a well-known entrepreneur and educator. She is the CEO of award-winning Innoventures Education and is responsible for the management and running of some of Dubai’s most-respected educational institutions – including Dubai International Academy, Raffles Schools and Nurseries in Dubai, Collegiate American School and Burj Daycare Nursery.