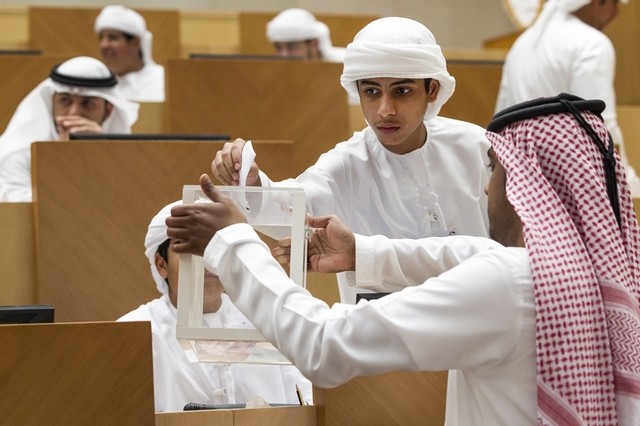 An overhaul of the education system will result in the end of the two-track science and literacy system by next year.

The decades-old system, believed to have been hindering education, would be replaced with a common education track and an advanced track.

The new system, which will be enacted over the next three years, aims to improve English-language.

By 2018, students would be equipped to enter universities without having to rely on foundation classes, which the Minister of Higher Education said would be abolished by that time.

The minister, Hussein Al Hammadi, said the only notable changes were the merging of the two-track system, an improvement to English classes and the introduction of new subjects.

Local schools will also offer Emirates Society classes three times a week for grades one to 12 to enhance national identity.

“Each [new] minister comes and changes the old system,” he said, adding that the education ministry had the responsibility of protecting and improving on what had been done.

The minister replied that his children were in public schools.

“Thank you for leading by example,” Mr Al Shamsi told Mr Al Hammadi, adding that the plan required further study by the ministry.