A leading academic from Melbourne is conducting research into how the early learning programme from the Australian State of Victoria is being applied at the Victoria International School of Sharjah (VISS).

The school has welcomed Dr Megan Adams, a lecturer in the Faculty of Education at Melbourne’s Monash University, who is conducting research into how the Victorian Early Years Learning and Development Framework (VEYLDF) is being applied in an international setting such as VISS.

To investigate the past and current early childhood education practices within the school, the pilot study will use VISS as a case study to identify successful strategies for the implementation of VEYLDF. Due to the student diversity in the school, the study will explore and analyse best practice approaches when implementing the framework in an international environment.

“With the increasing mobility of populations across countries, it is imperative that national and international early education institutes are able to successfully implement context specific curricula to support quality programmes in the early years,” said Dr Megan Adams, who has made several visits to VISS in the past year as part of her research.

“It will also benefit Sharjah and Australian communities faced with significantly diverse cultural populations. I also believe this study will add value nationally and internationally to the 21st century knowledge economy in relation to education as a discipline.

“Sharjah is an exciting place to complete research due to the government’s focus on early years education, with new government nurseries being opened in the near future as well. This research may support implementation of a curriculum, which is context specific to the local nurseries of Sharjah,” added Dr Adams.

With a targeted group of 15 teachers from VISS, the research involved a mixed method study for data gathering such as surveys, one-on-one interviews, round table discussions and observations in classes for insights into strategies used for classroom learning.

“As our focus on early years education continues, we are looking to see ways in which we can improve on the emotional development of children transitioning internationally,” said Dean Pyrah, Executive Principal of VISS. “Through this research, we will be able to identify ways to help young students cope with change while improving their overall learning from an early age.”

According to VEYLDF, it is aimed at early childhood professionals in a collective effort to achieve nationally agreed Early Years Learning Outcomes (Early Years Learning Framework for Australia, 2009) where children have a strong sense of identity, are connected with and contribute to their world, have a strong sense of wellbeing, are confident and involved learners and are effective communicators. The basis of this framework is to provide a holistic education by looking at each child within a social, environmental, political and economic context.

Dr Adams’ research and key findings are expected to be published by the end of this year. 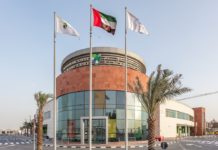 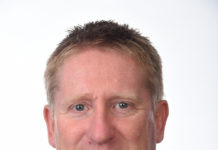 How To Become Financially Free as An Expat Teacher Part 1...

Leisa Grace Wilson sits down with Steve Cronin to discuss money and how educators working here in the Middle East and beyond can become...