As part of the Reading Nation campaign, Mada Al Suwaidi, Country Program Officer at Dubai Cares, recently visited Jordan to distribute the first batch of 40,000 donated Arabic and English books to Syrian refugees in the country, in partnership with the United Nations Relief and Works Agency for Palestine Refugees in the Near East (UNRWA) and Save the Children. These books were donated by the UAE community as part of a campaign that received much interest and participation from public and private organizations, business leaders as well as members of the public.

Reading Nation is a campaign launched in Ramadan 2016 by His Highness Sheikh Mohammed Bin Rashid Al Maktoum, Vice President and Prime Minister of the UAE and Ruler of Dubai with an initial target of providing five million books to children in refugee camps and underprivileged students in schools around the world. The campaign exceeded its initial target to reach over 8.2 million books that are currently being distributed to underprivileged children and students in developing countries.

Commenting on the distribution of books to Syrian refugees in Jordan, His Excellency Tariq Al Gurg, Chief Executive Officer at Dubai Cares said, “We are glad to announce that the first batch of books donated by the UAE community has been delivered and distributed to Syrian refugee children in Jordan. The team at Dubai Cares is currently making sure that the remaining books reach the underprivileged and most deserving of children in the coming year.”

Mada Al Suwaidi said: “It’s been a real privilege to be part of the Reading Nation campaign in its book collection, fundraising efforts as well as the current book distribution phase. In my recent visit to Jordan, I was humbled to witness the excitement of Syrian refugee children upon receiving the books. They picked them up carefully, opened them and smiled so contently. Watching them made me feel so proud to be part of Dubai Cares and the Reading Nation campaign.”

Nihal Kanaan, Director of Programme Development and Quality at Save the Children – Jordan said: “We are very pleased to partner with Dubai Cares in the implementation phase of the Reading Nation campaign. Collaboration with Dubai Cares, a renowned global philanthropic organization that shares the same life-changing beliefs on the importance of quality education to all children, assists us in making sure that every last child has a fair chance in life, and has a chance to have a brighter future. Save the Children Jordan is very pleased to contribute to Dubai Cares’ efforts aimed at reaching the most deprived and marginalized children.” 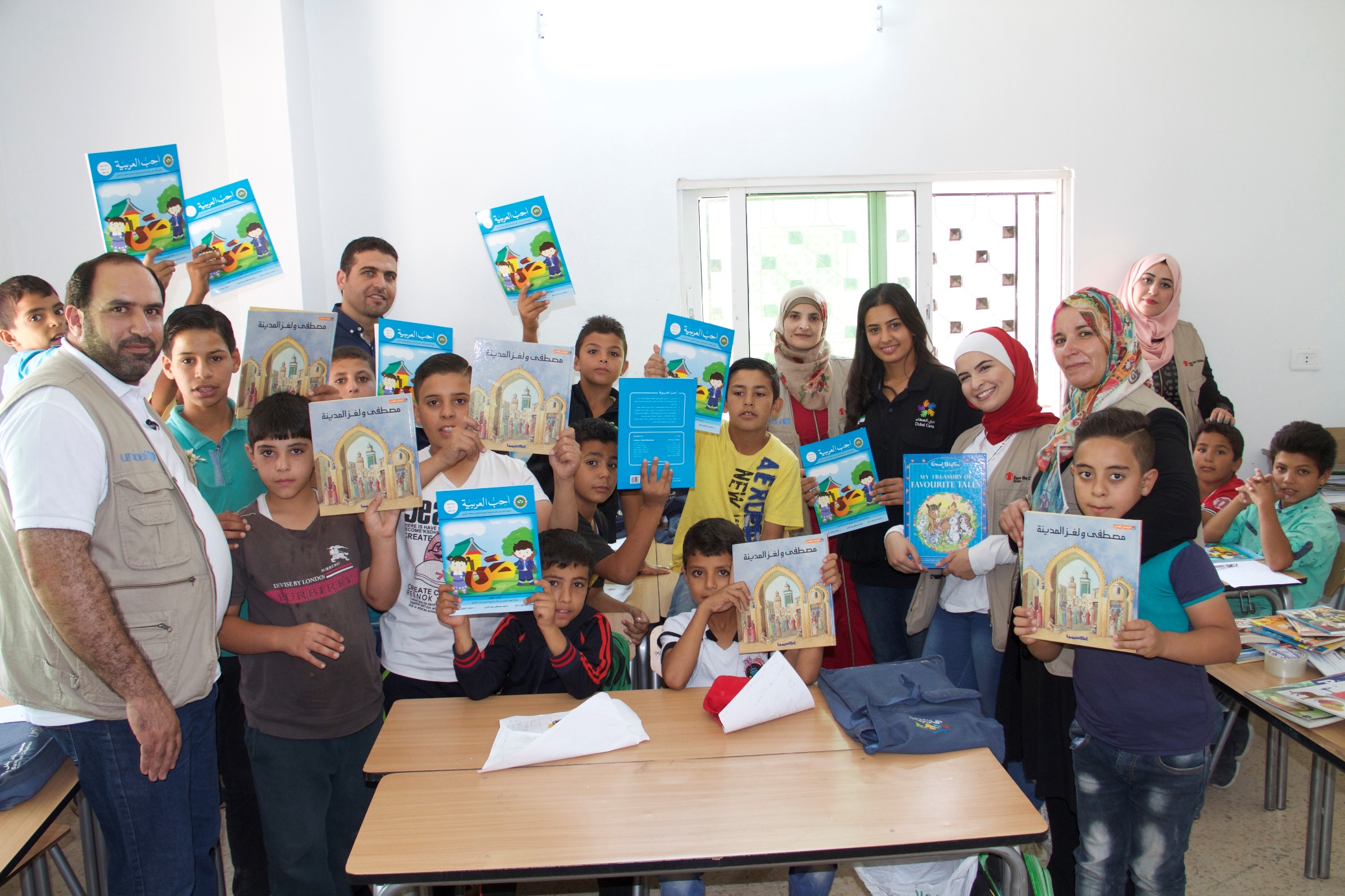