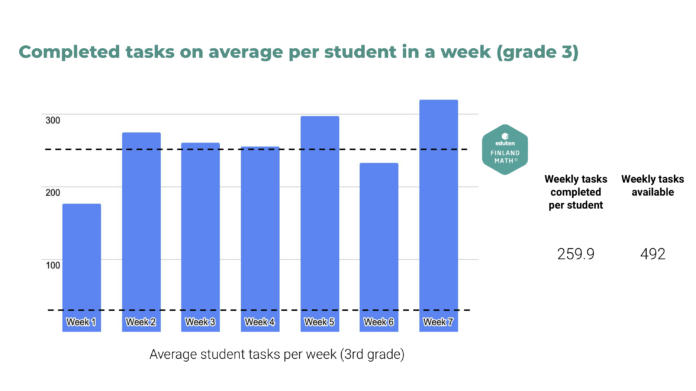 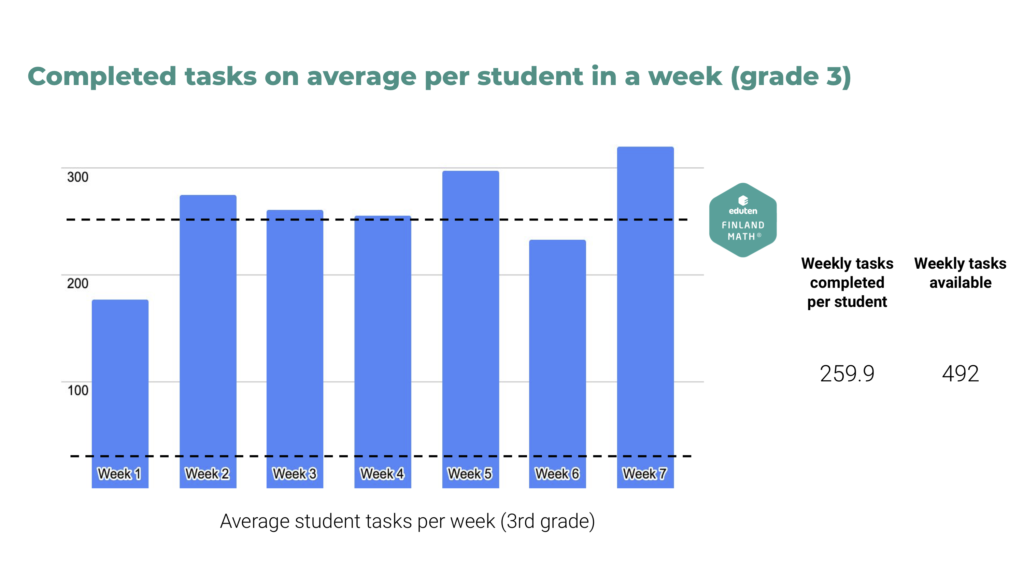 A UAE study with a digital learning platform Eduten Playground demonstrates a significant improvement in both arithmetic fluency and mathematical skills in just 8 weeks. See the white-paper about the study:

David Fitzgerald, Vice President – Cluster Lead in GEMS Education commented: “GEMS Education was delighted to partner with Eduten in the recent digital math study. We entered the study with high expectations based on Eduten’s reputation with Finnish schools. We were delighted to see that our expectations were not only met but exceeded with the trial groups in both schools outperforming the control groups by a significant margin. ”

Associate Professor Mikko-Jussi Laakso, Director of Turku University Centre for Learning Analytics: “We discovered solid evidence that the treatment group (who utilized Eduten playground weekly) outperformed the control group (traditional teaching) in both the mathematical skills and arithmetic fluency tests. These are excellent outcomes since the research setup was short and those are in line with our previous studies. The further use of the technologically enhanced lessons will make the difference even bigger. The best part is that with the collected data we can prevent problems by automatically identifying students’ strengths and weaknesses. In addition, we can create more personalized learning experiences.

Hywel Benbow, Vice President Global Data & Analytics in GEMS Education said: “Results from the pilot studies have been highly positive, students using Eduten saw significant improvements in their maths outcomes compared to the control group. The evidence clearly shows the impact Eduten made, not only on our student’s outcomes but on teachers ability to understand their students through data-driven insights.”

Henri Muurimaa, CEO of Eduten: “The pilot ran very smoothly and we received wonderful feedback from the participating students and teachers. GEMS Education was a great partner for us and we are looking forward to providing the benefits of Eduten Playground to many schools under their umbrella.”

GEMS Education is one of the world’s oldest and largest K-12 private education providers. It is a highly-regarded choice for quality private education in the Middle East and North Africa region. As a company founded in the UAE in 1959, it holds an unparalleled track-record of providing diverse curricula and educational choices to all socio-economic means. GEMS Education now owns and operates 56 schools and educates over 130,000 students in the MENA region, and through its growing network of schools as well as charitable contributions is fulfilling the founder’s vision of putting a quality education within the reach of every child.

About University of Turku

The University of Turku is one of Finland’s oldest and largest universities and ranked globally in the top 1%. Its Centre for Learning Analytics has published more than 80 papers on the effects of digital tools and analytics on education in the past 15 years. As a result of this research, they developed a digital learning platform, Eduten Playground. It’s benefits have been enjoyed by more than 250,000 Finnish students and 9,500 teachers since 2011.

Eduten is a spin-off from the University of Turku that provides Eduten Playground to schools around the world. Eduten Playground was launched internationally in 2018 and today it’s in use in over 20 countries.

The Centre for Learning Analytics, University of Turku, Finland: