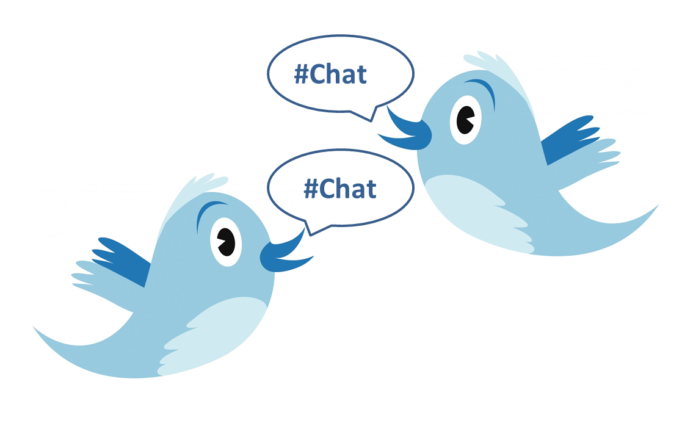 Twitter has quite surprisingly become an incredibly popular, easily accessible and instantaneous form of effective professional development for educators around the world. If you’re not using Twitter for professional development – to network, share, learn and be inspired then you are certainly missing out. Sign up today! If you are already part of the ‘Edu Twitter’ then you can engage and interact with other teachers across the Middle East easily, by using and following the hashtag – #TeachUAEchat.

Hashtags are words or phrases (with no spaces) with ‘#’ in front of them. The symbol # is most commonly known as the hash, number sign or pound sign. If you are looking for something specific you can search the hashtag or if you want to share something with a wider audience than your followers, then including a hashtag is a good idea. A Twitter chat is where a group of people on Twitter, at a designated time, will discuss a specific topic and communicate with one another using the hashtag. Anyone can get involved in a Twitter chat, it’s not an exclusive or selective club, all you need to do is have a Twitter account and make sure your tweets include the hashtag.

I decided to create a hashtag that could easily bring together teachers from across the United Arab Emirates and the region, to showcase and share what’s happening in their classrooms with the world. Initially, when I launched this hashtag I asked educators to include it in their tweets if they were tweeting anything of value linked to education. This hashtag was quickly used by many senior leaders and teachers based in the Middle East. After the success and popularity of the hashtag, I decided to launch a Twitter chat, using the same hashtag.

Some popular examples of my other Twitter Chats include; #UKEdchat, #PedagooFriday and #Bettchat. Since relocating to the United Arab Emirates, I haven’t participated in the British Twitter chats due to the time difference, they often take place too late in the evening. I took to Twitter to ask online educators when would be the most appropriate time to host the chat and it was agreed #TeachUAEchat, would take place every fortnight on a Wednesday evening at 8 pm, UAE time for one hour.

A Twitter chat always requires a theme or topic and a host. Previous topics have included using technology in the classroom, discussing teacher workload and wellbeing, educational research and developing literacy across the curriculum. There are a series of questions and educators respond, sharing their views, ideas and experiences from the classroom. There has been a wide variety of topics to appeal to every educator, something that will interest and support all teachers in the classroom.

I have hosted many of the chats but I have been very fortunate to have some of the world’s leading experts in education agree to guest host the chats as well. Guest hosts have included Edtech expert Mark Anderson @ICTEvangelist, former Headteacher and author Tom Sherrington @teacherhead, Senior Associate at the Education Endowment Foundation and author Alex Quigley @HuntingEnglish, Lecturer in Psychology and Learning Scientist Dr Caroline Kuepper-Tetzel @pimpmymemory and British Olympic swimmer James Goddard @JamesGoddard83 hosted a very special chat focusing on the importance of swimming and sport within schools. Future guest hosts include Ross Morrison McGill also known as @TeacherToolkit, American educator and blogger Blake Harvard @effortfuleduktr and expert in leadership Jill Berry @jillberry102 – very exciting indeed. In addition to this superb range of international guest hosts, there is also a lineup of educators from across the Middle East region that have enthusiastically volunteered to present. Future topics will include; innovation, leadership and what it means to be a values-driven school.