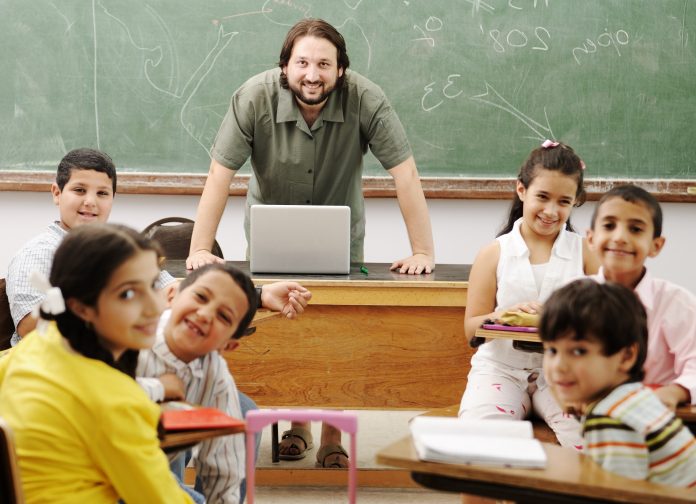 Every year, new teachers from around the Western world eagerly come to the United Arab Emirates to begin working at schools, around the country. Despite their preparedness and eagerness to teach, many of these teachers struggle within the classroom. The problem? The disconnect between cultures. Taking actions to address this disconnect could mean the difference between having a successful school year or not.

Diallo (2014) argues that while Western-educated teachers’ and students’ upbringing is more “liberal and secular,” Emirati students are typically a product of “their Islamic education and upbringing” (p.12). This means that teachers following the American or British curriculums, as they would in their home countries, may struggle to motivate students due to a lack of connection. Middle Eastern Students, especially Emirati students, may feel as if the curriculum is unrelatable and ultimately act out in class, due to not being able to see themselves in the lesson.

To ease the cultural tensions, naturally present between western teachers and their primarily Middle Eastern students, teachers should be proactive rather than reactive. The first step teachers should take, is to get to know the culture of their students. One way to do this is by jumping headfirst into the culture. Visit the local heritage sites in your city to learn about the ancestry of the families in the area. If you’re completely unfamiliar with the culture (including the religion), you can explore it by engaging in activities such as taking a trip to the Grand Mosque or by simply talking to one of the Muslim teachers at your school. Teachers that have been in the United Arab Emirates (UAE) for a number of years are also great sources of cultural information. Taking time to really lean into their expertise, may provide some invaluable sources of information. Exploring the cultural heritage sites in your city as well as talking to some teachers that either share the culture/religion with your students or have been in the UAE a while, will help you get to know where your students come from, before even meeting them. This will help you choose better novels (or other multimedia texts), examples or even projects that better reflect your students. Incorporating a student’s culture, language, age and interests is crucial to helping them acquire a second language (Garinger, 2002).

Once you have a better idea of the culture, you can begin adapting the Western curriculum to reflect the culture of your students. Diallo (2014) argues that, in order to create a sense of unity within the classroom, teachers should find a middle ground between Emirati or Arab students and themselves. By making an effort to understand why your students act or believe certain things, you will be more understanding of certain behaviours they may display (or why certain rules are stricter in the UAE than they are in your home country). For example, it is common for men in the UAE to greet one another with a nose kiss, yet students of the opposite sex should not have any physical contact at school. Something as simple as hand-holding, which would easily be overlooked in the Western world, could be a major issue here in the UAE. Furthermore, making the curriculum more relatable will help increase student motivation, because when students see what they are learning as relatable, they are more likely to pay attention in class as well as retain the information.

When I first started teaching in the UAE, I was incredibly young and naïve, when it came to choosing texts for my classroom. I attempted to teach Hamlet to all of my classes and became so discouraged that I nearly stopped in the middle. Over the last few years, however, I’ve learned that choosing texts with themes that students can relate to, or those that reflect ideas and beliefs that students understand greatly, changed the classroom environment. As an English teacher in an American curriculum school, I have a significant amount of choice in what I teach, as long as I cover the common core standards. One text that I found great success with was The Namesake by Jhumpa Lahiri. Teaching this text was successful because the theme of “what makes an identity”, resonated with all students in the classroom. Students related to the struggle Gogol (the main character) had as he attempted to forge his own identity in the shadow of his parents while in a new country. Additionally, this text lent itself to be paired with other texts. I actually chose it because it shared similar themes and ideas as several early American texts (specifically early colonial literature), which I was required to teach.

If you are not able to choose an entire novel, to relate to your kids, then try pairing additional texts to your required ones. One of my favourite ways to do this is through a visual analysis activity derived from one created by Janet Towell and Cath Smillan, members of the Trinidad and Tobago Reading Association. Towell and Smillan (2009) suggest that “visual literacy” is the “ability to find meaning in images” and should be taught to all students. The beauty of using visual texts (anything from paintings, to advertisements, to YouTube) is that they can be paired with any text. For The Namesake, I created a PowerPoint containing a series of paintings and political cartoons by Middle Eastern artists, which I thought reflected the texts we had read in our unit. No other information appeared on the slide except the painting. Students were then shown each painting (one at a time) and given a few minutes to just look at the painting and write down what they noticed. Then, students discussed the painting in pairs. I asked them to explain which essential question they thought the painting related to and why. Then, after two to three minutes, we discussed the painting as a class. This activity not only allowed students to reflect on the essential questions and skills we learned throughout the unit, but it allowed them to see themselves within each painting. This activity could be adapted for any classroom, which is what makes it so great.

Flip through any textbook within a western curriculum school, and you’ll most likely find that they lack a significant amount of diversity (Applebee, 1992). Classrooms that solely rely on these types of texts will undoubtedly face behavioural issues as well as issues with student motivation. However, by taking the time to truly understand the culture and ultimately incorporating it into your classroom, you can narrow the impact the cultural gap has in your classroom.

Christina has a master’s in English from Ohio University and a master’s in Educational Leadership from the American College of Education. She currently teaches AP English in Al Ain.