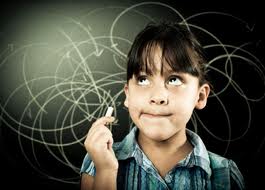 A series of programmes to encourage innovation, from setting up clubs to science contests, have been announced by Abu Dhabi Education Council.

Children will be encouraged to be innovators andscientists, and to improve their knowledge of technology, said Adec.

The initiative is in line with the UAE’s vision to become a knowledge-based economy by 2030.

“Three innovation centres will be established. Adec will also be joining hands with partners and companies at a national and global level, and children will be motivated to think ‘outside the box’,” said Dr Amal Al Qubaisi, Adec director general.

“An innovation barometer will be constructed that will measure the level of innovation practised at a school.

“The processes have been set in motion and programmes will come into effect immediately.”

Innovation hubs will have laboratories to teach skills and give pupils opportunities to apply their knowledge in real situations.

Adec is partnering with the BT Young Scientist competition in Ireland to benefit from its experience in organising innovative contests. The Our Scientists contest will involve children from across Abu Dhabi emirate and will be linked to other international competitions. In the future, it will be held at a national or global level.

Part of the plan is the Abu Dhabi Innovates campaign, which celebrates science and technology, and aims to showcase Emirati pupils’ inventions all over the world.

The activities will be held after school hours, although they will later become part of the curriculum.

“Teachers are ambitious to participate and we have confidence in them.

“We will help them to develop their skills further,” said Dr Al Qubaisi.

“The initiatives are being rolled out immediately but they are not mandatory.

Workshops to increase parents’ knowledge of innovation will also be held.

A team has been working on the innovation project since last year.