With her bright smile and cheerful personality, it’s hard to believe that Lisa Williams Brown is battling a life-threatening illness. The Decatur, Georgia native is a wife, doting mother and an educator here in the UAE. She is also currently receiving treatment for breast cancer.

The World Health Organisation (WHO) states that breast cancer is the most common cancer among women worldwide. Statistics from www.breastcancer.org find that breast cancer will strike about 12 per cent of American women, or 1 in 8.

According to the Abu Dhabi Health Authority, breast cancer is the most commonly diagnosed cancer in the Emirate. Those statistics make it very likely that the disease has stricken someone close to you.

The month of October is dedicated to breast cancer awareness. Lisa Williams Brown says that it is her hope that by sharing her story, other women will commit to doing monthly self-checks and yearly mammograms, as early detection helps.

“I can never say I’m cancer free,” says Lisa, as her particular type of cancer has a high chance of recurrence.

A year and a half ago, Lisa packed up her family and like so many others before her, moved to the UAE for a teaching position.

“We did our research before bringing the entire family over here. The benefits were too good, that we decided not to turn this opportunity down.”

With husband, Ken and daughters, Sydney aged 10 and Ava, 6 in tow, the Browns settled in Al Ain and adjusted to life in their new home very well.

“We loved it from the beginning. The kids made friends from all over the globe. We all love it here,” she reflects with a smile.

Then one day, a sudden illness led to a chain of events that dramatically changed her life forever. In June 2013, she was hospitalised for a gall bladder problem. She decided to ask a surgeon about breast reduction surgery. He said that the first step was to start with a mammogram.

She did the mammogram and an abnormality was found, a biopsy was then ordered. What came next was the diagnosis that no one wants to hear … she had breast cancer.

“I was diagnosed with stage 1C, grade 3 breast cancer which means there was a tumour about the size of a thumb. It was a very aggressive type,” Lisa says.

Lisa’s, tumour was found under the armpit, which leads her to remind women that when performing self-exams be sure to go all the way out to both sides.

The doctors at Al Ain’s Tawam Hospital prescribed her treatments – a lumpectomy followed by three rounds of very toxic chemotherapy. Then more lighter chemotherapy and four weeks of radiation.

Lisa is currently taking the drug Herceptin which is given to her by a port in her chest. Her last injection of the drug will be early December.

“If this had happened in the U.S.,” Lisa quips, “it would be a lot more stressful because, in addition to worrying about the cancer itself, I would also be worried about finances too.”

She is especially grateful for the support that her principal and co-workers have been showing to her. Her treatment and her extended sick leave were approved without any penalty.

With regular mammograms scheduled for every six months, and more drugs to take, Lisa may have lost some hair but her smile remains the same.

Lisa smiles brightly as she looks lovingly at a photo of her family. “I want to stay healthy for my family. That’s the top thing that’s on my mind right now.”

Her resilient spirit has proven that this mom/teacher/warrior won’t let breast cancer get in her way. 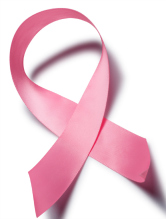