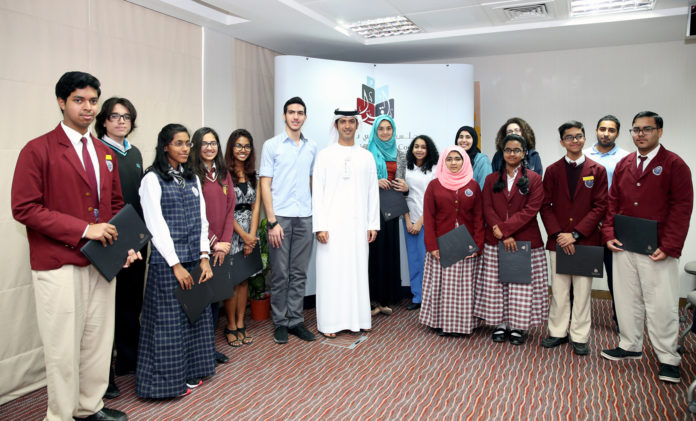 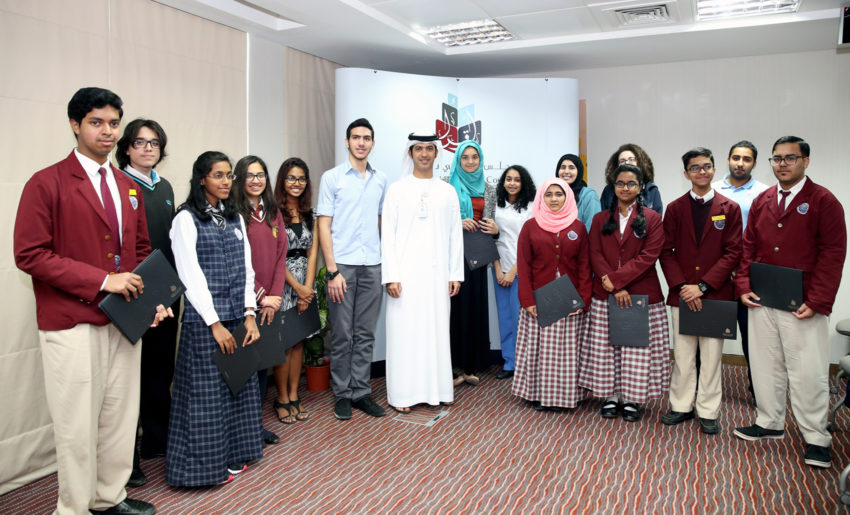 The students were also granted the Outstanding Cambridge International Examination Learners Awards for the June 2015 session for their extraordinary achievements.

Cambridge IGCSE, developed over 25 years ago, is one of the world’s most popular international qualification for 14 to 16 year olds, and is recognised along with  AS  and A Level  qualifications by leading universities and employers worldwide.

During the award ceremony, Engineer Al Dhaheri awarded each individual student and congratulated him/her for their brilliant achievement. “You should all be extremely proud of yourselves today, for you have not just made your parents and schools proud, but the entire nation. It is thanks to your hard work and dedication, that some of you have earned the top in the world award, others the top in the country award and the rest earned the high achievement award as part of the Cambridge International Examination Learner Awards. This is a huge milestone that will help set a superb example to the rest of your colleagues across schools in the Emirate of Abu Dhabi. Well done!”

Engineer Al Dhaheri stressed that more top achievers across different curricula schools will also be awarded during an upcoming ceremony to be organized by ADEC’s PSQA sector shortly.

In recognition of their outstanding results, Eng. Al Dhaheri handed over certificates of appreciation to each of the students present. “The nation is highly dependent on a well-equipped, competent generation of youth who are capable of innovating and creating. Our knowledge based economy depends on hard working innovators of youth who are eager to make a difference. This certificate is a small token of appreciation that you so richly deserve, and rest assured, ADEC will continue to support schools to provide world class education, and outstanding graduates with passion to the country, traditions, heritage and national identity.