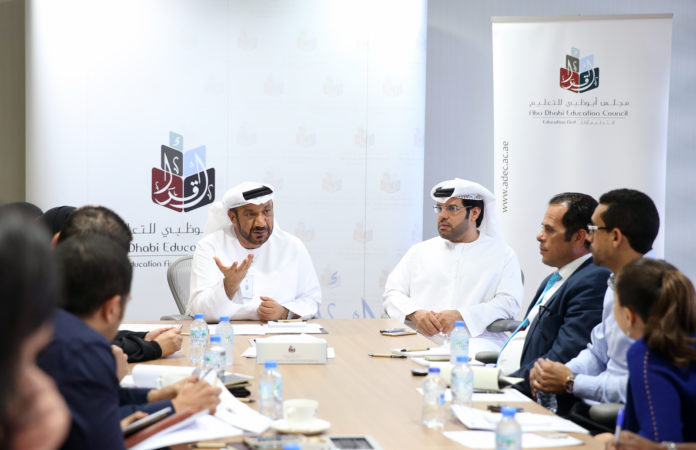 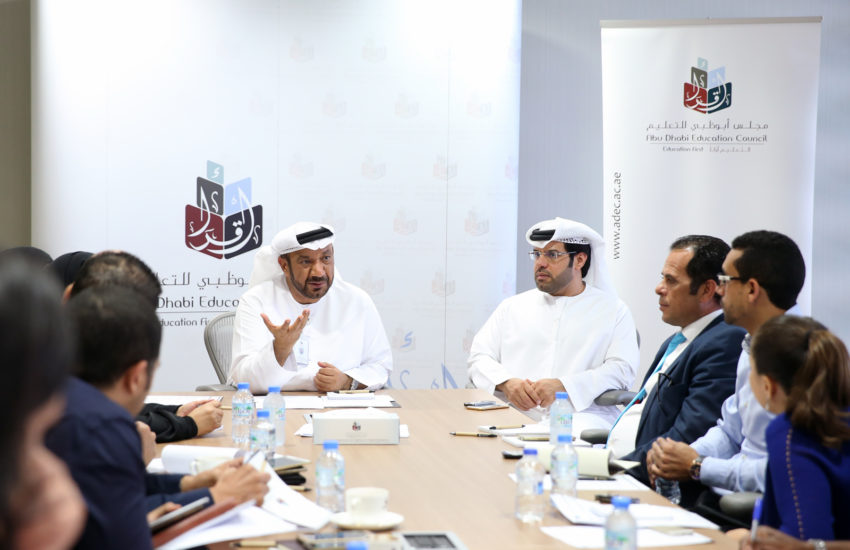 More than 84,000 students from Abu Dhabi, Al Ain and the Western Region participate in the event

As it prepares to host the final round of matches for the ‘Champions of Tomorrow’ on March 7th and 8th 2016, ADEC revealed the conclusion of its activities in an initiative that aims to spread the culture of sports amongst youth.

The initiative that had begun in October 2015 witnessed the participation of different schools across Abu Dhabi, Al Ain and the Western Region.

The final round ensues a robust competition among participants who showed strong rivalry and competitiveness in the playoffs stage of two rounds, with the participation of 84,788 students (41,828 boys and 42,960 girls) in the ‘Elementary,’ ‘Secondary’ and ‘High school’ categories. The second edition of the ‘Champions of Tomorrow’ which comprised Athletics, Swimming, Fencing, Taekwondo, Judo, Jiu-Jitsu, Archery, Football, Basketball, Handball and Volleyball, received a wide response from students of different age groups. It registered a significant increase in the number of participants by 84,788 students compared with 84,244 participants in the previous edition.

His Excellency Mr. Mohammed Salem Al Dhaheri, ADEC’s School Operations Executive Director, highlighted the importance of instilling the culture of sports in the minds of young students who are the foundation of a healthy society. Youth will contribute in raising the UAE’s name in sports, while improving its leading position in various sporting events across the regional and the global map.

Mr. Al Dhaheri added: “The UAE boasts promising sporting talents who are waiting for the right opportunity to showcase their skills and affirm their position to achieving the highest positions in local and international competitions. This is in line with the directives of the country’s wise leadership to leverage the welfare of community members and optimal investment in youth with the aim of consolidating the nation’s leading position across the world’s prominent sports centers. We are pleased with the great success of the second edition of the ‘Champions of Tomorrow’ campaign which has increased the awareness of sports among young people as reflected by the huge turnout of students participating in various events and activities of the current edition.”

“The ‘Champions of Tomorrow’ initiative reinforces our commitment to support national efforts to encourage the UAE’s citizens and residents to exercise and engage in physical activities from an early age. In collaboration with the government’s efforts, it aims to build a generation that is more conscious about adopting healthy lifestyles in order to accelerate the social development of the country. The campaign attains a great distinction for instilling an associated competitive spirit and sportsmanship. At ADEC, we assure our continued commitment in organizing and supporting all initiatives to develop competitive sporting programs within the educational curriculum of schools around Abu Dhabi, Al Ain, and the Western region to enhance the Emirate’s position in regional and international sports,” concluded Mr. Al Dhaheri.

The last day of the final round which will be held on March 7th 2016, featuring the final games for boys, while the following day will be for girls. Both days will have the same schedule where judo, taekwondo, Jiu-Jitsu, basketball, volleyball and handball will take place at The Petroleum Institute and the athletics competitions at the Armed Forces Headquarters, while fencing, shooting, and swimming will be held at Mubarak Bin Mohamed School.

Regarding football games for the boys’ category, the finalists from primary schools will compete at Hamoodah Bin Ali School, the secondary school finalist will be at Abdul Jaleel Al Faheem School, and the high school finalists at Al Ittihad School.

In the girls’ category, the football matches for the primary school will be held at Al Marwa School, the secondary competition matches at Al Reem School, and the high school matches at Al Mawaheb School. At the end of each day, prizes will be distributed to honour the winners in the presence of senior officials from ADEC, faculty members of the participating schools, and parents.