The Abu Dhabi Education Council (ADEC) recently concluded its extracurricular activities for the academic year 2016-2017, following the completion of a series of contests and competitions under its ‘Champions of Tomorrow’ and ‘Creative Program’ campaigns.

The initiative falls in line with the Council’s continuous effort and commitment to encourage students to participate in various scientific, cultural, artistic and sport activities with the aim to adopt and develop new talents as well as build their competitiveness and excellence.

The ceremony was held in the presence of many senior officials and was attended by winning students, participants and their parents.

During the event, the participating students were commended for showcasing their cultural and artistic talents and excelling in sports. Gold, silver, and bronze medals along with other prizes were given for the first, second and third places, respectively.

The ‘Champions of Tomorrow’ initiative attracted the participation of 75 per cent of ADEC students, giving a tremendous boost to the local education system and developing talents according to the highest international standards and practices. The contests established a spirit of competitiveness and excellence among students in various fields, including science, sports, art and culture. On the other hand, the ‘Creative Program’ is an ideal platform to discover the promising talents that can compete in international events. The program has registered 2593 participants from the school year 2016-2017, with an increase of 1503 students compared to last year; 20 per cent of which are from scientific programs, while the art and music programs attracted 30 per cent of students.

H.E. Mohammed Salem Al Dhaheri, Executive Director of School Operations, ADEC, expressed his delight in the increased participation of students in the ‘Champions of Tomorrow’ and ‘Creative Program’ initiative. He stated that it reflects a great momentum and a high capability to achieve leadership and excellence at the intellectual, scientific, cultural and athletic level. He also mentioned the remarkable success of this current edition of extracurricular activities in emphasizing social and national participation, enhancing the culture of innovation and excellence for the upcoming generation, and boosting the creative abilities in various sectors that will raise the UAE’s name across the world.

Mr. Al Dhahiri added: “The ‘Creative Program’ is an important milestone in the process of promoting leadership among students while improving their scientific and creative thinking. This is in line with ADEC’s strategic vision to develop the local education system and strengthen student competencies, while benefiting the local and international community.

“The ‘Champions of Tomorrow’ campaign reflects the central role of the program in spreading a culture of physical education to uphold the UAE’s position in regional and international sports events. These successes will help us develop the activities, initiatives and competitions aimed at unleashing creative capacities and skills of youth while providing them with knowledge and competencies with emphasis on social and cultural development in accordance to the strategic objectives of the Abu Dhabi Vision 2030.”

The selection of the winning schools was conducted for each educational seminar separately, based on the total score in accordance with the criteria set by the jury. The total number of selected schools were 18 each in Abu Dhabi, the Al Ain Region and the Al Dafrah Region. 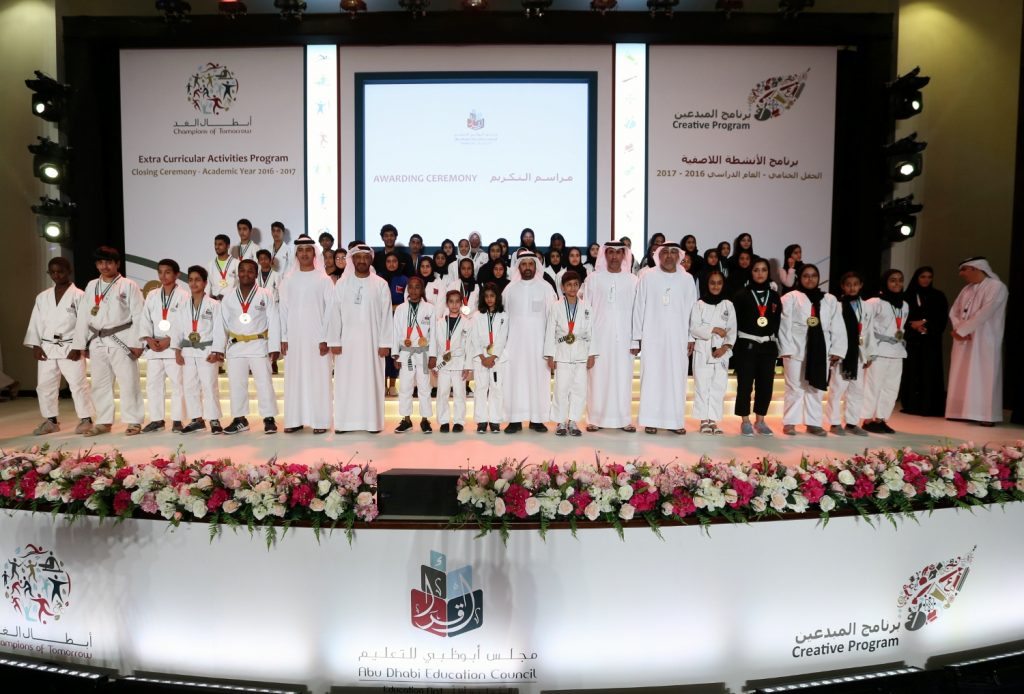