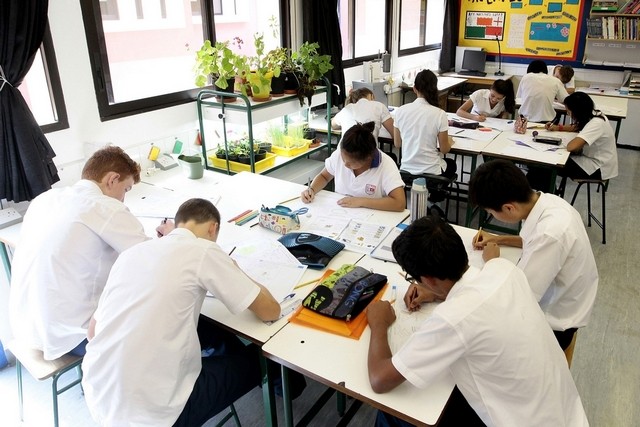 Seven out of 10 private schools in the emirate of Abu Dhabi have improved their performance, according to the government’s latest round of inspections.

The Abu Dhabi Education Council examines schools every two years for a range of factors including personal development, quality of teaching and learning, curriculum, infrastructure, management and student support.

The most recent inspections covered 183 schools, of which 25 were “high performing” institutions, and 55 per cent overall had achieved a minimum satisfactory performance, Adec reported.

The proportion of schools said to be in need of significant improvement dropped from 72 per cent to 45 per cent since inspections began six years ago.

There were 17 schools found to be “very unsatisfactory and/or poor”, showing no improvement during the past six years.

Parents and the public can view reports for each school on Adec’s website.

The evaluations were carried out by Adec’s inspection and monitoring division, which sent a team to each school to observe lessons and interview teachers and support staff. Questionnaires were also filled out by parents and used in the analysis.

Having first begun in 2009 with 127 schools, the latest results for 2013-2015 indicate improvement across all evalution criteria, Adec reported.

Fifty-seven per cent of the schools scored a minimum grade of satisfactory in teaching and learning standards, compared with 31 per cent when inspections began.

More than 80 per cent of the schools were said to provide satisfactory levels of support in areas of protection, care and guidance for students, a significant increase from 39 per cent.

Adec said, after the inspections, it would provide schools with a report outlining strengths and areas for improvement, with schools then being asked to prepare development plans to address the findings.

“Adec has been working with its partners throughout the past six years, be it school owners, school leaders, teachers and parents, who are all committed to maintaining strengths and tackling weaknesses for the sake of our children,” he said.

“Evaluating and inspecting a school is no longer an intimidating experience.

“Stakeholders now realise the pivotal role inspections play in raising the overall quality of education across schools in the emirate of Abu Dhabi, who all thrive towards offering first-class education.”

Mr Al Dhaheri said poorly performing schools had been warned in a letter that measures would be taken if no improvement was made after the next round of inspections, which will start in September and are likely to be released in 2017.

“Adec will not tolerate offering its students low-quality education under any circumstances,” he said.

Sonia Ben Jaafar, managing director of EduEval Educational Consultancy, said that while the inspection reports were “a great step in the right direction”, an overcrowded private education system meant parents had little choice in terms of quality education options for their children.

She said an expected outcome of Adec’s reports was that schools would be forced to offer better services to prevent parents moving their children to higher-performing institutions.

“The assumption is that schools want to avoid the consequence of losing their clientele when the parents find out, once they read the inspection reports, that the school does not meet the higher standards they want, or believed were present,” she said.

She said she hears from parents complaining about a lack of places at better-performing schools, thus limiting choice and possibly undermining the value of Adec’s efforts.

“There is a greater demand than supply of good schools,” she said.