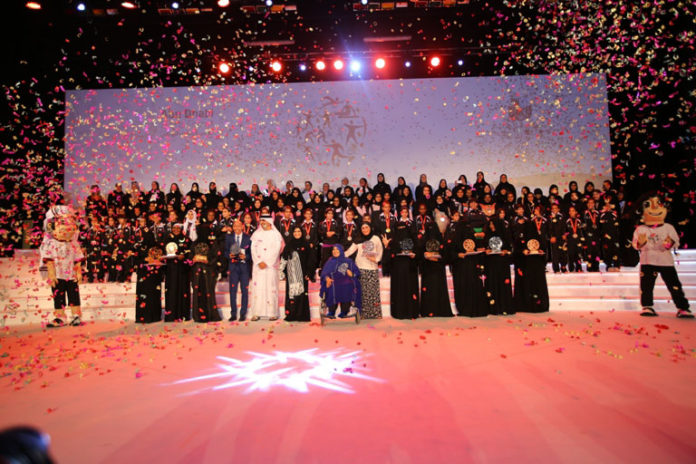 The Abu Dhabi Education Council (ADEC) concluded the ‘Champions of Tomorrow 2015’ initiative today, (May 18th 2015), which involved a series of sports competitions for top student athletes across Abu Dhabi, Al Ain and the Western Region.

A special awarding ceremony was held at the Paris-Sorbonne University Abu Dhabi to honor the winners as well as the participating schools and teachers. The much-praised competitions displayed the skills and strong performance of 84,244 students from across the UAE.

Her Excellency Dr. Amal Al Qubaisi, Director General at ADEC, said: “We thank all those who contributed to ensure the success of this year’s campaign, from ADEC members to students, parents, faculty members and all administrative staff of participating schools. We also extend our appreciation to the Abu Dhabi Sports Council whose support greatly helped us achieve the goals of the initiative. The ‘Champions of Tomorrow’ represents the visions of H.H. Sheikh Khalifa and H.H. Sheikh Mohammed bin Zayed Al Nahyan, who is also the Chairman of ADEC, in terms of human capacity development to build a generation capable of securing Abu Dhabi’s global leadership and making the capital city an influential force in the world stage.”

“The positive results of ‘Champions of Tomorrow’ boost our aspirations to discover new young talents who will join our national teams in raising the Emirates flag in international sporting events. The campaign successfully reached more than 50 per cent of public school students in Abu Dhabi, Al Ain and the Western Region. We are planning to include private schools in our future editions as we continue our efforts to discover more promising athletes, teach them the Olympic principles, and prepare them for international competitions. These form part of ADEC’s vision of developing the education system to produce a generation that can compete globally,” said Dr. Al Qubaisi.

“The Abu Dhabi Sports Council is keen on developing scientific programs to discover new recruits and prepare and revitalize the entire sports industry by coordinating with concerned education entities. Additionally, we support programs and sports competitions that serve the aspirations of all segments of society such as the ‘Champions of Tomorrow’ initiative, which plays an important role in developing sports at the school level in Abu Dhabi. ‘Champions of Tomorrow’ also prepares and trains the young generation in accordance with our sports agenda,” Mr. Al Awani added.

‘Champions of Tomorrow 2015’ promoted sports awareness among students, activated the role of schools in nurturing the skills of young athletes, and provided an ideal platform to achieve excellence at local, regional and international levels. Among its most notable activities were Sports Day, which attracted 140,000 participants from across the UAE; the Abu Dhabi Education Council Marathon, which witnessed the participation of 3,000 students at Yas Marina Circuit; and the Beach Festival 2015, which brought together 140 high school students. The campaign’s sports competitions were held in three categories, namely the ‘Mandatory Games’ (football, athletics), the ‘Individual Games’ (swimming, gymnastics, fencing, judo), and the ‘Complementary Games (handball, basketball and volleyball). 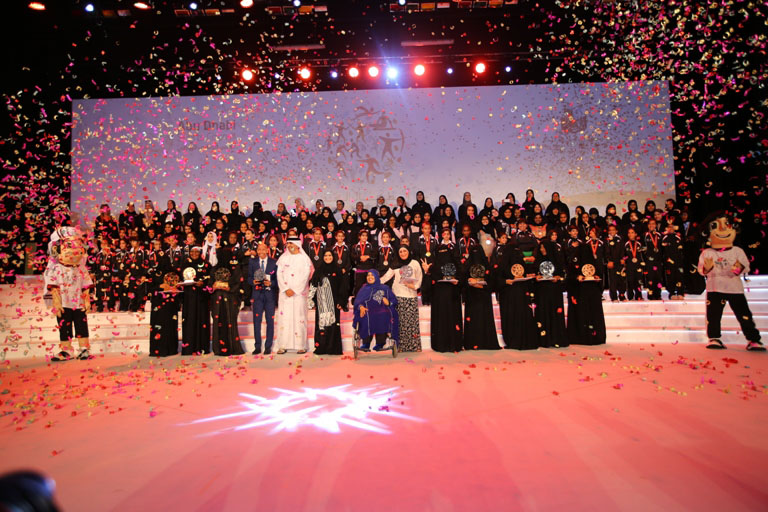