Henry was born on The Wirral in the North West of England and grew up in Hawarden, a village on the English/Welsh border (famous for being the home of Victorian Prime Minister Sir William Gladstone and Michael Owen, the footballer). He did his A-Levels at Castel Alun High School and studied Broadcast Journalism at Nottingham Trent University, getting a 1st class honours degree in 1997.

He has always shown a great interest in the power of effective communications and started working for the BBC as a freelance radio journalist. Shortly after leaving University, Henry was headhunted to join a Public relations (PR) company, and this introduced him to corporate communications at the time the internet was starting to take shape. Working with clients including; GlaxoSmithKline, Kimberly-Clarke and then later on moving in-house to become Weightmans Solicitors national head of PR and media, in his mid-20s, he was getting deeper experience in the rapidly evolving area of digital communications.

At the age of 26, he decided to take all that he had learned and practised, and use it for social good. So, he left the corporate world to become a police officer. While to some, the decision on the surface seemed a surreal decision, close friends and family said it was an obvious choice, with his direction on right and wrong and will to always help others and leave the world a safer place than he found it. At the age of 27, he started his police career as a student officer on foot patrol at 4 am on a cold December night around Chester.

Henry found being an officer enabled him to use all his communication and decision-making skills, to help to make people safer. During his time in the police force, he was seeing more and more cases and incidents involving social media and young people as a contributing factor. He successfully became a Sergeant and benefited from working closely with detectives in specialist investigation teams, including public protection and CID. His experience in being a police officer is now serving to keep students around the world safe online with the creation of GoBubble, a social media platform for children. Let us take some time to get to know Henry Platten better.

Who was your favourite teacher, and why?

I had two. Gareth Roberts, my A level media studies tutor and Gillian Moore my University law lecturer and personal tutor. Gareth opened my eyes to the power of communication as a force for good and crafting it in a way that can simplistically deliver maximum impact. Gillian, at a time when the internet 1.0 was emerging, helped me understand areas such as slander, defamation and the role the law plays in all communications. My mother fell ill with Non-Hodgkin’s Lymphoma in my first year at university and passed away in my final year before graduating. Gillian, with my other tutors, wrote to mum on her death bed to let her know how well I was doing and what my predicted grades were. This kindness touched mum and our whole family.

Who or what inspired you to start GoBubble?

As a Sergeant, seeing the social media and digital safety incidents dramatically increase in number, it became clear to me that the problem wasn’t going away and that something was missing in trying to resolve the situation, which the police wasn’t able to provide. At the same time, my wife Danielle and I wanted to start a family. I felt blessed being the son of two teachers (father headteacher at the top high school in North Wales and my mother, a biochemist turned KS2 STEM teacher) who had always been there for me during my childhood. So, I quit my promising police career to start up a business helping to teach children how to keep their friends safe, called eCadets.

Almost ten years on, eCadets has now benefited more than one million children attending schools which run the multi-award-winning programme. The eCadets programme has been recognised in Parliament for its success in giving children the knowledge to keep children safe. It’s also won a place in the coveted EdTech 50 for the last three years. By working with so many schools, parents and children, we became increasingly aware of just how many children want to use social media (78% of children), and how this may put them at risk of seeing bad content or being approached by a stranger (24% of children have been approached by an unknown adult on social media). We wanted to give parents, teachers and children a safe social media experience and so GoBubble was born.

Share two major challenges that you faced when you started. How did you overcome them?

The two challenges we faced were technical and awareness. There are two main issues with social media at its core – content and contact. In addressing contact, we go through schools. A school applies to join, and we carry out security checks before we let them into the full site. Initially, they’re kept in a silo where they can create users, groups and content, however, these can only be seen by people inside that silo. The main technical challenge was content. There were no child-centred moderation systems available which we could place our faith in. Unlike other solutions, we didn’t want to place the burden of moderation onto teachers, who already have very little time. So, we spent four years building our own content moderation system, powered by artificial intelligence (AI), which checks all content before it appears. This includes text, emoji, photo and even video. This gives peace-of-mind to parents and teachers.

The second challenge has been awareness – we’ve found that as soon as teachers learn about GoBubble, they get excited at the learning opportunities through safe communication and collaboration. We’re in 34 different countries now, and that has all been through word of mouth with teachers telling other teachers about the power of GoBubble. We’re thankful to our community of global educators in helping to raise awareness of the impact GoBubble can provide. They also love how we reward kindness – unlocking new stickers for the kids based on the likes they give, not the likes they get. The kinder they are, the higher their score. We’re also delighted to be part of the Future of Education programme, an initiative run by the Dubai Future Accelerator with the KHDA, to bring GoBubble to schools across the UAE. We’ve already seen a 400% increase in schools across the Middle East joining GoBubble since the start of Covid19, and more than 25% of all Dubai independent schools are now registered.

What are the three key things that every school/ teacher should know about safeguarding children online?

How can schools prepare students to face the future?

There are five key competencies that underpin digital living today and in the future – creativity, collaboration, communication, citizenship and critical thinking. These elements forming the 4th industrial revolution, are clearly demonstrated in the superb work being done across the whole Middle East, both in education and industry.

By creating opportunities for students to do this and experience it in real terms, can be transformative irrespective of the age, curriculum model or school system. I am of the view that there are two fundamental traits for a successful future – balance and positive wellbeing. The digital world, however in moderation, is full of huge potential for students. They need to use technology as an enabler, balancing it with; sleep, fresh air, time with their families and friends, away from screens, where they can learn the power and art of communication. 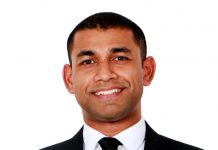 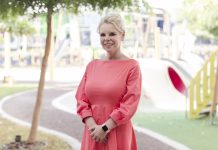 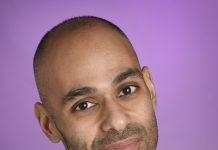 A Moment With Atif Mahmood CEO of Teacherly 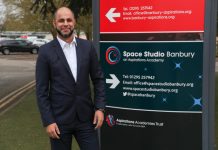 A Moment with Shehzad Najib 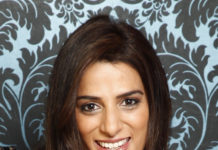 A Moment With Priya Lakhani O.B.E 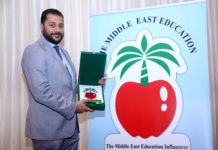 A Moment With Shady Elkassas