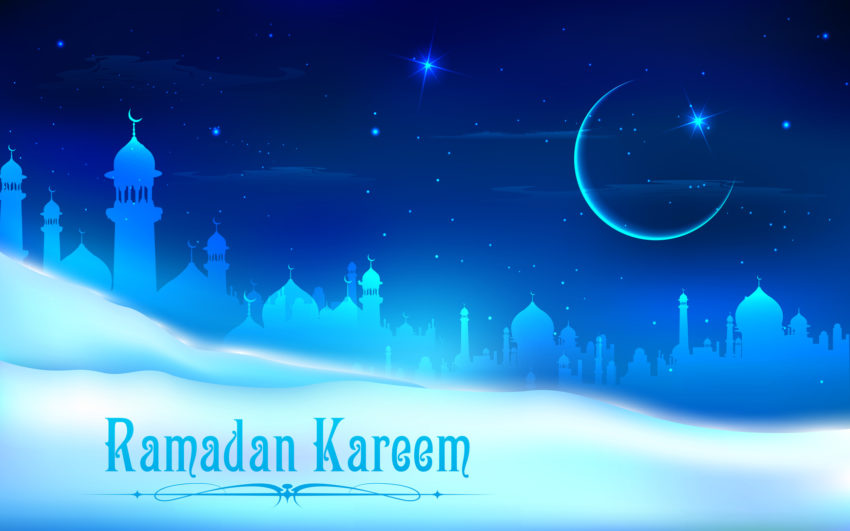 As we approach the holy month of Ramadan here in the UAE, we take a look at some of the rules and expectations that are specific to this country. We also provide a glossary of Ramadan terms that you may encounter during this time. As always, we encourage all our readers to share this information with friends and colleagues so each of us remains informed. For additional information on what Ramadan is about, check out our After the Bell article: The Holy Month of Ramadan in the UAE.

It is illegal to eat, drink or smoke in public during daylight hours, including in your car. Even if you believe that you are being discreet, if someone sees you, they could report you to the police. While some persons have claimed that you could end up in jail until the end of Ramadan, it is more likely that you will get a lecture from the police and a possible fine, if caught. Hungry children are permitted to eat during the day but it would be wise to be discreet about it. If you are desperate for food or drink for them, get a snack at a supermarket, service station or possibly a restaurant/café. Even if they appear closed, you can try knocking on the door, as there might be someone in the back.

The Law and Businesses

Companies are required by law to reduce the working time by two hours per day for All employees (Muslims and non-Muslims) and or those who are fasting. If employees work longer hours, they must receive overtime pay. Workers can file a complaint at the UAE Ministry of Labour if a company does not abide by this rule or refuses to pay overtime for employees who work for longer hours. Most businesses and government offices will close between 2:00 and 4:00pm. Some government departments will reopen in the evenings for 2-4 hours between 8:00pm and midnight (dependent on the time of year). Business activities tend to slow down during Ramadan. Expect delays with any commercial or bureaucratic activities.

It is respectful and polite to dress more conservatively during Ramadan. Women and men are encouraged to cover shoulders and legs.

Bars in Dubai, Abu Dhabi and Ras Al Khaimah may be opened in the evenings. however, patrons may be asked what religion they are and subsequently refused entry if they are Muslim. There are no bars in Sharjah. Live and loud music and dancing are prohibited; as such most nightclubs will be closed or very quiet. Additionally, car stereos should be turned down. Playing loud music, especially rock or similar music, is considered to be disrespectful. If the police hear it, they’ll have something to say about it.

Any alcohol related offence might be treated much more severely during the holy month of Ramadan. There is a possibility that an offender could be stuck in jail until the end of Ramadan.

The time for traffic jams usually changes during Ramadan. The morning is not much different, however, between 1:00 – 4:00pm is quite busy. Another busy period is just before Iftar as many people are trying to get to their desired location for Iftar. From 4:00pm to approximately an hour before Iftar, the roads are relatively traffic-free. All drivers are encouraged to drive carefully during this time as over the years numerous accidents have occurred.

Eid Al Adha (Day of Sacrifice): A 4 day festival that starts about 70 days after the end of Ramadan, commemorating Ibrahim (Abraham) being ready to sacrifice his son

Eid Mubarak: Congratulations at the start of Eid

Fajr (dawn): The first prayer of the day at dawn

Fawanees: These are colourful lanterns used to decorate Iftar tents. The tradition originates in Cairo, Egypt when residents walked out to the streets with lamps to welcome a new Fatimid ruler on the 5th day of Ramadan in the 9th century

Iftar: The evening meal after sunset to break the daily fast during Ramadan

Imsak: This is the beginning the daily fast. It means the act rather than the time

Isha (Isha’a, Ishaa): The evening prayer, the fifth and last prayer of the day

Kabaa (Ka’ba, Kaaba, Kabah): The black granite building inside the Grand Mosque in Mecca, regarded as the holiest place in Islam

Laylat Al Qadr or Lailat Al Qadr (Night of Power): One of the last nights of Ramadan. It marks the anniversary of when the Angel Gabriel revealed the first verses of the Quran to the Prophet Muhammed (PBUH)

Qibla: The direction of the Ka’ba in Mecca (Makkah)

Quran, Koran: The holy book for Islam, which was first revealed during Lailat Al Qadr. Muslims recite the entire Quran during Ramadan.

Rak’ah (Raka, Rak’a, Rak’aa, Rakaa: This is the cycle of standing, bowing, prostration and recitation that make up a unit of prayer. Each of the five daily prayer sessions consists of 2-4 Rakat (Raka’at) (plural of Rak’ah)

Ramadan Kareem: Ramadan greetings. Kareem is the equivalent to “generous”

Suhoor (Sahoor): This is the morning meal taken before the sun rises and the start of fasting during Ramadan

Sunnah, Sunna: The way of the Prophet, meaning to follow his words and actions. Literally can be taken to mean custom, practice, or recommended

Taraweeh prayers: Special evening prayers during Ramadan, after Isha, when the Quran is recited

Wudu: Cleansing of the body when preparing for prayer

Zakat: Giving alms. It is especially important for Muslims to give Zakat during Ramadan