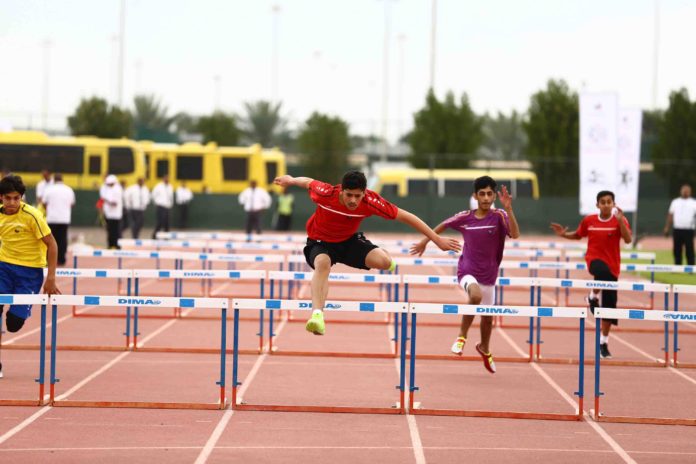 On March 7, 2016, the final round for the boys’ category of the Abu Dhabi Education Council’s (ADEC’s) ‘Champions of Tomorrow’ campaign ended. The finals brought high student turnout, gathering well-skilled athletes of different school levels from Abu Dhabi, Al Ain and the Western Region. The initiative is part of the nationwide efforts to develop the skills of young student athletes and raise the level of sports and health awareness among learners of different age groups across the country.

A total of 894 students qualified for the finals after surviving various elimination rounds held in a span of four months in various participating schools. In an exciting atmosphere, students of different levels competed in friendly matches such as judo, taekwondo, Jiu-Jitsu, athletics, swimming, fencing, archery, football, basketball, handball and volleyball.

For his part, H.E. Mohammed Salem Al Dhaheri, Executive Director of School Operations, ADEC, said: “The ‘Champions of Tomorrow’ campaign demonstrates the importance of providing an integrated local platform to attract the brightest local young athletes and encourage them to continue to work hard and develop their competencies and athletic skills. This will actively contribute to the creation of a progressive sports community in the country. The campaign also recognizes the important role of having a healthy lifestyle and engaging in sports activities to catapult the country into the regional and global ranks. We congratulate this year’s winners as we affirm our commitment to support and organize more innovative initiatives to achieve our leaders’ vision and raise the country’s name in international sporting events.”

The final round for the girls’ category will be held today (March 8, 2016). A total of 882 students from various schools in Abu Dhabi, Al Ain and the Western Region will compete in 11 sporting events.