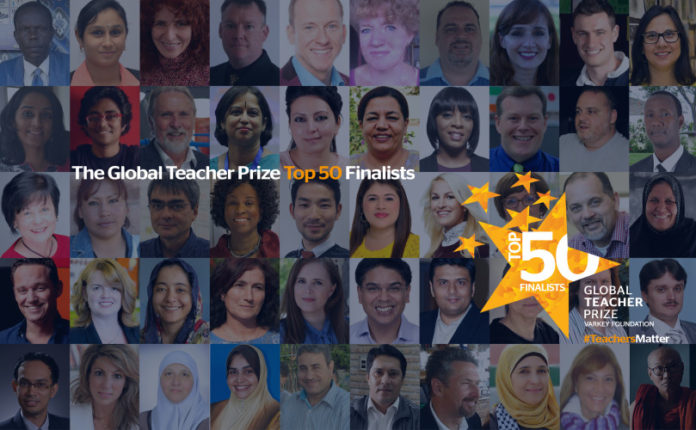 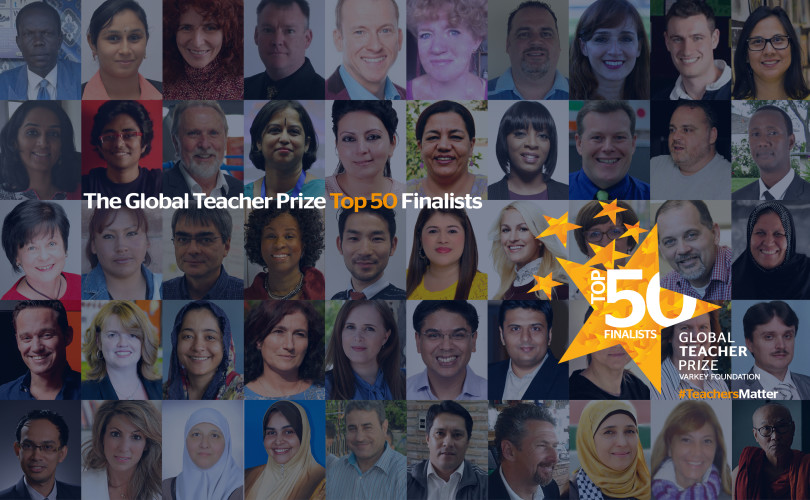 Today December 9th, 2015, we announce the Top 50 Finalists of the 2016 Global Teacher Prize. These educators have been shortlisted from thousands of nominations and applications from 148 countries around the world. The Top 50 shortlist has representatives from 29 countries and by highlighting their stories the Varkey Foundation hopes that the public will be able to join in passionate debates about the importance of teachers. The winner will be announced at the Global Education and Skills Forum in Dubai in March 2016.

We are thrilled to share the stories of the Top 50 Finalists of the 2016 Global Teacher Prize  with the world! Congratulations to these amazing educators!

Now in its second year, and dubbed the ‘Nobel Prize’ for teaching, the $1 million Global Teacher Prize award is the largest prize of its kind.

The Global Teacher Prize was set up to recognize one exceptional teacher who has made an outstanding contribution to the profession as well as to shine a spotlight on the important role teachers play in society. By unearthing thousands of stories of heroes that have transformed young people’s lives, the prize hopes to bring to life the exceptional work of millions of teachers all over the world.

“We were overwhelmed by the huge support the Global Teacher Prize received in its first year. We intend to keep this momentum going as our journey continues to return teachers to their rightful position as one of the most respected professions in society.

“The thousands of nominations and applications we received from every corner of the planet is testimony to the achievements of teachers and the enormous impact they have on all of our lives”.

“I applaud the launch of the Global Teacher Prize, which recognizes their worth. The award is in line with my Global Education First Initiative, launched in 2012, which aims to give momentum to the worldwide movement to put every child in school, improve the quality of learning and foster global citizenship.”

“When I was starting out, I was inspired by an older, more experienced actor, who told me that he thought I ought to go into acting professionally. That’s the kind of mentoring and personal support that every young person needs to realise their potential.

“It’s the kind of encouragement and guidance that good teachers give to their pupils every day.  And that is why I support the Varkey GEMS Foundation’s Global Teacher Prize. However much we achieve in life, we all began learning the basics from a teacher in a classroom.  Those that teach – devoting their talents and time to nurturing the talents of others – deserve to be respected and celebrated”

Throughout the upcoming year, the Global Teacher Prize will share stories from the classrooms and communities of these amazing teachers. Right now, their schools and wider communities are celebrating the announcement and their successes by initiating community projects! Please learn more about the finalists and share the good news with your friends.