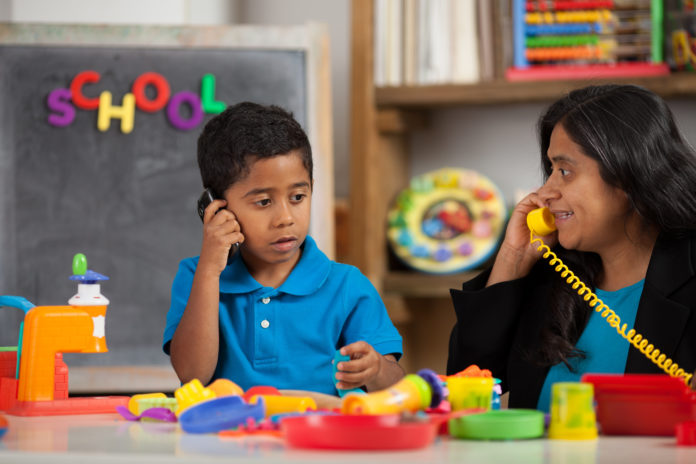 Many educators would agree that a great lesson should be like a great meal. When you sit down for an evening of fine dining, one might expect an appetiser to start, a filling main course and perhaps a palate cleansing dessert.

In the same way, lessons also include three parts, a starter, the main lesson and a closing (also known as plenary). When it comes to getting the students engaged initially, it’s true what they say, ‘you never get a second chance to make a first impression.’ Hook them early to keep their attention to the end. The following starters are aimed at the 21st century learner.

Technology is fully integrated into the lives of students. It is not uncommon to see two year olds navigating their way through apps on a tablet. For that reason, Using Visual Images is an effective starter to capture students’ attention. The visual image, which relates to the subject at hand, could be as simple as a photograph followed by open-ended questions, or videos, which may tell a story that helps activate prior knowledge on the topic.

This starter could be as simple as giving every student a piece of paper and asking them to draw or write something. Another activity could be to give each student play dough, cardboard, blocks or some material to make something three-dimensional. This starter will definitely engage your tactile learners and those who have natural abilities in art.

There’s a reason this tried and true starter has lasted for decades and works in a variety of situations. The teacher picks a key person, event, place, etc. that is connected to the topic. The class is allowed to ask 20 Yes or No answer questions to try to discover the answer. This starter is a simple icebreaker and requires little planning or materials.

The teacher brings a bag into the classroom that contains an object with a connection to the lesson. Then it is passed around and students try to determine what is in the bag just by feeling it. This starter can create a light and humorous atmosphere, as guesses range from the plausible to the ridiculous.

Similar to Mystery Bag, pass The parcel also features a box or bag passed around the class, but this time, it’s filled with statements about the topic you will be studying in the lesson. The student must pick out a statement, read it and decide whether it is true or false. The statement can then be placed in a corresponding hoop – true/false or agree/disagree, etc. This can help reinforce prior knowledge by providing questions they SHOULD know, or introduce new concepts that begin to rev their critical thinking engines.

Most teachers are familiar with the KWL Chart (three circles in which to write what we know, what we want to know and what we have learned) but there are a number of other graphic organisers that can also be effective starters. For instance, you could start with a letter writing graphic organiser, which could lead to a writing lesson or perhaps a history lesson, as you write a letter to an historic figure. Another innovative graphics organiser could be one that shows procedures to follow which lends itself well to science lessons.

What Is the question: In this starter, the students see the answer on the board, perhaps a picture as well. for example, the answer is water. There is a picture of water on the board. The students must come up with questions in which the answer would be water. Perhaps they will ask, ‘What fills the ocean?’ or ‘What is 60 per cent of our body made up of?’

The student will look at, for example, four pictures or four numbers. Three of which have something in common and one is the odd one out. This exercise could work as low as the KG objectives (i.e. three capital letters and one lower case) all the way up to cycles 2 and 3 (i.e. which one is not a prime number?)

The students are shown a picture with many things in it or a list of several words. The catch is they are shown it for just a few seconds. The students are then asked to recall what they saw and write it down.

Nearly every game show that has appeared on TV can be converted into a classroom starter. Imagine using key vocabulary words for a game of Wheel of Fortune, draw something related to the lesson (Pictionary), answer questions about previously learned material (Jeopardy, Who Wants To Be a Millionaire), try to move things with different types of force in just one minute (Minute To Win It), or teaching money, math or estimation (The Price Is Right). The options are numerous.

Give some of these a try, modify them for your grade level and keep those young, agile minds engaged.

Alona, a native of Cincinnati, Ohio, USA has been teaching in Abu Dhabi since 2010. She received her M.Ed. in Elementary Education from Xavier University in Cincinnati and holds a B.A. in Communications from Howard University in Washington, DC.